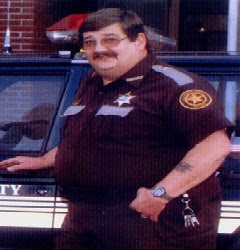 A west-central Illinois sheriff says he regrets remarks he made in jest on Facebook. But a statewide lesbian, gay, bisexual and transgender group wants a resignation, not regret.

Schuyler County Sheriff Don Scheiferdecker, whose Facebook page has since been deleted, commented on the picture of a young co-worker. The original post read, “Look, I found a fag” to which the sheriff replied, “Yup and his mouth is open, his glasses are off, he’s ready, little fag Jew boy.”

It’s those last four words that have drawn the ire of The Civil Rights Agenda which, in its one year of existence, played a major role in the passage of Illinois’ civil union bill. Yesterday marked the first time the group has called for someone’s resignation, telling the Jacksonville Journal-Courier that such jokes are unacceptable when made by public officials.

“Don is my friend but I will not speak to his heart or thoughts,” Thompson said. “I do however want to speak to my responsibility as mayor. I do not condone language which conveys discrimination or prejudice due to race, gender, sexual orientation, religion or national origin. Such language would reflect poorly upon the individual and the community.”

No decision has been made by the Schuyler County board concerning the post, which Scheiferdecker has held for over 30 years.

The sheriff told AOL News that he was “extremely sorry” and begged for the forgiveness of his constituents. 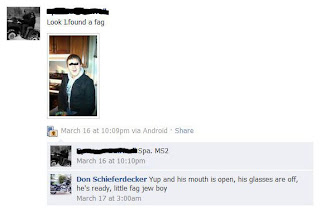