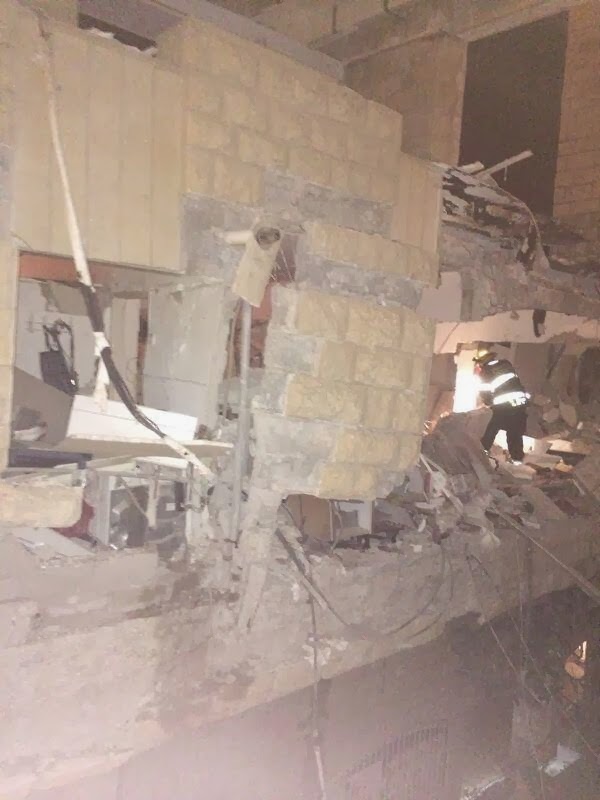 A gas explosion after midnight in Jerusalem killed two parents and their baby, and left several others injured, according to Hatzolah Israel.
The blast occurred on the third floor of the four story building on Shabtai HaNegbi Street, causing it to collapse partially. Emergency personnel were ordered out of the building shortly after 2 a.m., after the structure was deemed dangerously unstable.

The explosion was the result of a gas leak, Israel Radio reported.

The baby was pulled from the wreckage, and paramedics worked unsuccessfully to resuscitate the unconscious child. Paramedics initially feared that another child was trapped, but later estimated that there were no more residents trapped in the building.

The incident occurred in the Gilo neighborhood in the southern part of the city.

Police continued to search the scene for additional survivors.