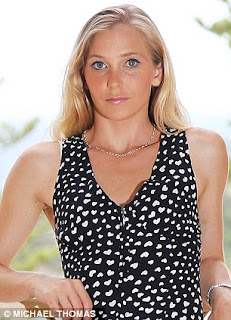 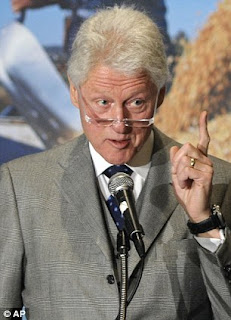 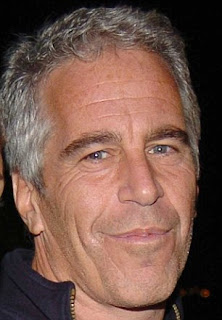 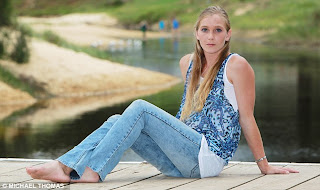 As a New Yorker from humble beginnings, Jeffrey Epstein played on his blue-collar credentials and enormous wealth to extend tentacles of influence throughout America’s liberal political elite.

During the outcry over the Epstein case, it emerged that another man with a notorious appetite for young women, Bill Clinton, travelled with Epstein to a number of destinations, including three times on the billionaire’s private aircraft.

On one occasion, Epstein flew the former President, Hollywood actor and staunch Democrat Kevin Spacey and another actor friend of Mr Clinton’s, Chris Tucker, to Africa, to ‘discuss AIDS policy’.

Epstein, who has donated more than £75,000 over the years to candidates from the Democratic Party, also flew with Mr Clinton in November 2003 to destinations including Russia, Oslo, Hong Kong, Shanghai and Beijing.

Yet Virginia Roberts stresses that she was never ‘lent out’ to Mr Clinton.

On one occasion, she adds, Epstein did invite two young brunettes to a dinner which he gave on his Caribbean island for Mr Clinton shortly after he left office. But, as far as she knows, the ex-President did not take the bait.

‘I’d have been about 17 at the time,’ she says. ‘I flew to the Caribbean with Jeffrey and then Ghislaine Maxwell went to pick up Bill in a huge black helicopter that Jeffrey had bought her.

‘She’d always wanted to fly and Jeffrey paid for her to take lessons, and I remember she was very excited because she got her licence around the first year we met.

'I used to get frightened flying with her but Bill had the Secret Service with him and I remember him talking about what a good job she did.

‘I only ever met Bill twice but Jeffrey had told me that they were good friends.

'I asked, “How come?” and he laughed and said, “He owes me some favours.” Maybe he was just joking but it constantly surprised me that people with as much to lose as Bill and [Prince] Andrew weren’t more careful.

‘Bill must have known about Jeffrey’s girls. There were three desks in the living area of the villa on the island.

They were covered with pictures of Jeffrey shaking hands with famous people and photos of naked girls, including one of me that Jeffrey had at all his houses, lying in a hammock. 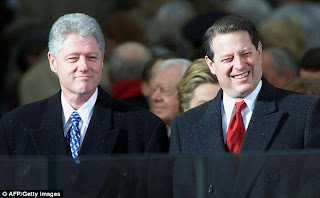 ‘We all dined together that night. Jeffrey was at the head of the table. Bill was at his left. I sat across from him. Emmy Tayler, Ghislaine’s blonde British assistant, sat at my right.

‘Ghislaine was at Bill’s left and at the left of Ghislaine there were two olive-skinned brunettes who’d flown in with us from New York.

'I’d never met them before. I’d say they were no older than 17, very innocent-looking.

‘Maybe Jeffrey thought they would entertain Bill, but I saw no evidence that he was interested in them. He and Jeffrey and Ghislaine seemed to have a very good relationship. Bill was very funny.

'He made me laugh a few times. And he and Jeffrey and Ghislaine told blokey jokes and the brunettes listened politely and giggled.

According to prison records, when Epstein was serving his jail term, his visitors included a long-time – and highly controversial – Clinton acquaintance, Arnold Prosperi.

'In the final hours of the Clinton presidency, in January 2001, Prosperi was facing three years in prison after being convicted of tax fraud. Mr Clinton commuted his sentence to house arrest.

‘Was Prosperi visiting Epstein as some kind of intermediary for Bill?

'Maybe Bill wanted to know if Epstein knew anything that could embarrass him.

Or did Bill commute Prosperi’s sentence as some kind of favour
for Epstein?’

Virginia disclosed that Mr Clinton’s vice-president Al Gore and his wife, Tipper, were also guests of Epstein on his island.

Last summer, the Gores abruptly announced that they were ending their supposedly fairytale marriage and, just weeks later, it emerged that Mr Gore – the famously sanctimonious global-warming disciple – had been accused of trying to force sex on a woman with whom he had booked a therapeutic massage at an Oregon hotel.

‘I had no clue that anything was up,’ Virginia says. ‘The Gores seemed like a beautiful couple when I met them. All I knew was that Mr Gore was a friend of Jeffrey’s and Ghislaine’s. Jeffrey didn’t ask me to give him a massage.

‘There might have been a couple of other girls there on that trip but I could never have imagined this guy would do anything wrong. I was planning to vote for him when I turned 18. I thought he was awesome.’

‘He is very clean-cut. You wouldn’t think of him being part of Jeffrey’s crew.’

Epstein’s contacts book contains a work and a home telephone number for the senator.

Epstein’s many Hollywood pals include Matt Groening, creator of The Simpsons.

‘Jeffrey once had me give Matt a foot massage when he was flying on the jet with us,’ Virginia says.

‘He laughed and did drawings of Bart and Homer for my little brother and my dad.
‘I also met Naomi Campbell at a birthday party of hers on a yacht in the South of France. She is a friend of Ghislaine’s but she was a real bitch to me.

'She was very fake. She turned away from me when we were introduced by Ghislaine and Jeffrey.

‘Donald Trump was also a good friend of Jeffrey’s. He didn’t partake in sex with any of us but he flirted with me. He’d laugh and tell Jeffrey, “You’ve got the life.’

Palm Beach Police say Epstein seemed utterly unfazed by the allegations against him when they began their long and detailed investigation.

But he also took his defence very seriously indeed. Epstein engaged his friend, the Harvard law professor Alan Dershowitz – whose celebrity clients have included Mike Tyson, Patty Hearst, Claus von Bulow and O.J. Simpson – to run his legal defence.
He also employed a firm of private investigators to investigate the backgrounds of the girls.

However, as the investigation continued, they found that Epstein’s team had already spoken to key witnesses, suggesting that the financier would reward those who helped him.

In addition, Epstein’s defence team agreed to the unusual move of suggesting that the alleged victims sue Epstein in the civil courts. The result was a plea bargain in which Epstein admitted a single charge of soliciting an underage girl for prostitution – a deal which infuriated many police officers who worked on the case.

More than 20 of Epstein’s girls are said to have sued him for damages. At least 17 have settled out of court.

Mr Clinton, Mr Gore and Mr Mitchell were all contacted about their friendship with Epstein but declined to comment.
Posted by joe levin at 6:23 AM