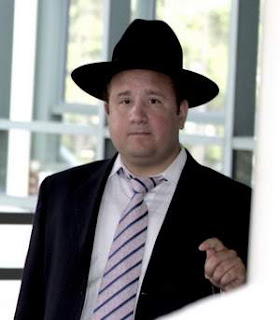 Rift is widening in Orthodox community

TOMS RIVER — A former yeshiva teacher and camp counselor spoke in detail about sexual abuse accusations against him to a social worker hired by a rabbinical council months before the case was brought to law enforcement, according to testimony in Superior Court Wednesday.

Now, an assistant prosecutor wants the social worker to be able to testify against the teacher, Yosef Kolko, at upcoming criminal proceedings regarding accusations that he molested a boy he met while a camp counselor.

Kolko's attorney, Michael E. Wilbert, argues that his client, as a patient, is entitled to confidentiality.

Superior Court Judge Francis R. Hodgson told both attorneys he would hear further arguments from them on May 6.

The criminal case against Kolko has widened a rift in the Orthodox Jewish community regarding where religious rights end and the secular justice system takes over.

The victim's father has been chastised by the Orthodox community in Lakewood for bringing the case to secular authorities instead of allowing religious leaders to handle it.

But according to papers filed in court by Senior Assistant Ocean County Prosecutor Laura N. Pierro, the victim's father first brought the accusations against Kolko to the Beis Din in Lakewood, a council comprised of three rabbis, shortly after his son came forward to him with the allegations in February 2009.

The Beis Din hired Brooklyn, N.Y., social worker Gavriel Fagin to interview Kolko and determine the legitimacy of the allegations, according to the papers filed by Pierro.

Kolko later entered counseling but discontinued his treatment shortly afterward, prompting the victim's father to bring the allegations to the Ocean County Prosecutor's Office in July 2009, according to the court papers.

As a result of the prosecutor's investigation, Kolko, 37, of Lakewood, was charged in an indictment last year with molesting the boy, whom he met at Yachad, a summer camp at the Yeshiva Bais Hatorah School on Swarthmore Avenue in Lakewood.

The alleged molestation occurred between September 2007 and February 2009 when the boy was between 11 and 12 years old, according to the indictment.

Kolko at the time was working as a counselor at Yachad, and previously taught at the Yeshiva Orchos Chaim on Oberlin Avenue in Lakewood, officials have said.

At a hearing Wednesday to determine whether Fagin will be able to testify to a jury about what Kolko told him, the social worker said that he was hired by the Beis Din in Lakewood in February 2009 to evaluate Kolko to determine his risk to the community and what, if any, were his treatment options.

Fagin told the judge that he administered a number of tests to Kolko during a series of office visits in March 2009. When Fagin was discussing the results with Kolko during another visit on April 3, 2009, "he began to open up about the allegations," Fagin said.

"There were a lot of specifics," Fagin said, responding to a question posed by Pierro.

Wilbert insisted the contents of the conversation be kept confidential unless the judge rules that Kolko waived his right to confidentiality.

Fagin said he never forwarded his evaluation report to Beis Din because the rabbinical council had disbanded, nor did he share it with anyone else.

The social worker Wednesday provided the judge with his report to review privately prior to the lawyers returning to court May 6. Fagin said Kolko's conversation about the allegations is contained in the report.
Posted by joe levin at 11:01 AM

Email ThisBlogThis!Share to TwitterShare to FacebookShare to Pinterest
Labels: by KATHLEEN HOPKINS