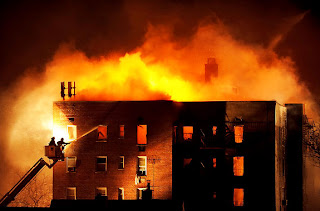 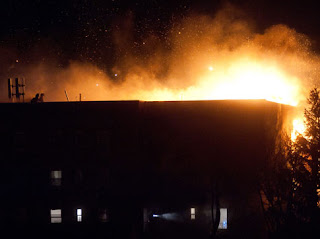 A couple having sex during a ceremony to bring a woman good luck accidentally knocked over a set of voodoo candles, sparking a deadly fire that killed one resident and left dozens of others homeless, sources told the Daily News.

Sources said a woman paid $300 to a voodoo priest who lived inside the apartment building at E. 29th St. in Flatbush. She came to the fourth-floor apartment on Saturday and the man placed the candles on the floor around a bed, fire marshals said.

Flames from the toppled candles ignited bed linens and clothes on the floor. Instead of calling 911, the man conducting the ceremony tried to put out the fire using water from the bathroom sink.

Someone else in the apartment opened a window and a door leading to the building's hallway, creating wind gusts that "shot the flames back inside, creating a blowtorch effect," fire officials said.

Twenty firefighters and 11 residents were injured during the five-alarm blaze. Authorities said 47 families were left in search of emergency shelter.

No one has been charged in the blaze.
Posted by joe levin at 2:03 PM