Abdel Baset al-Megrahi, convicted for his role in the Lockerbie bombing that killed 270 people, reportedly blackmailed Libya's Moammar Khadafy to help him get out of jail. 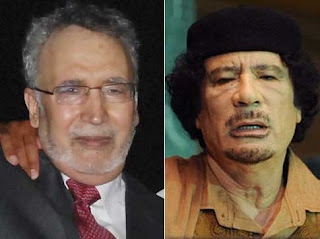 Abdel Baset al-Megrahi may have been sick, but it was blackmail that got him out of prison, according to a new report.

The Lockerbie bomber who was given a "get out of jail free" card under the guise he was at death's door has remained alive and well more than a year after dire predictions suggested he would be dead within months.

His early release, called a "humanitarian" gesture but Scottish authorities in 2009 because he suffers pancreatic cancer, was really the result of the terrorist's threats to Libyan leader Moammar Khadafy, London's Sunday Times reports.

Libya's former justice minister Mustapha Abdeljalil said in an interview to the newspaper that al-Megrahi threatened to get "revenge" on Khadafy, and would "spill the beans" on the dictator's role in the bombing of Pan Am Flight 103 in 1988.

The flight was carrying passengers from London to New York when it exploded over Scotland, killing 270 people, mostly Americans.

"If you do not rescue me I will reveal everything," Abdeljalil told The Sunday Times al-Megrahi said to Khadafy. As a result, the dictator was "dedicated to ensuring that Megrahi should return to Libya even if it cost [Libya] every penny [it] had."

The former justice minister claimed it costs Libya more than $80,000 a month to take care of the 58-year-old killer, who recently was reported to be in a coma.