Bernie Madoff says hiding his scam was a 'nightmare,' calls victims 'greedy': 'I am a good person' 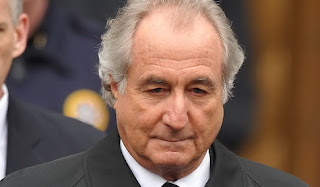 Bernie Madoff, the reviled Ponzi schemer who ruined so many people, thinks he's the one you should feel sorry for.

Turns out, keeping the whole billion-dollar scheme secret from his family was a major burden.

"It was a nightmare for me," he said. "Even the regulators felt sorry for me...They said, 'How did you live with this? Not being able to tell anybody?'"

"These people probably would've lost all that money in the market," he said from prison in Butner, N.C., where he just wrapped up the first year of his 150-year sentence.

He blamed his clients - the fat cats and charities and foundations who lost billions in his bogus investment fund - for failing to question how he kept making steady profits even in down years.

"These banks and these funds had to know there were problems," Madoff said.

He noted that he never explained his strategies or methods.

"I absolutely refused to do it. I said, 'You don't like it, take your money out,' which of course they never did," he said.

He says he told all of his investors not to risk any money they couldn't afford to lose. But, he said, "everyone was greedy."

When they begged him to invest their money, "I just went along," Madoff said.

He said that his scam began in the early 1990s and by the end of that decade, his investors, who kept getting paid off handsomely, must have known his business was a fraud.

"Look, none of my clients, even if they lost every penny they put in there, can plead poverty," he said.

"Now if you listen to (them), they're living out of dumpsters and they don't have any money and I'm sure it's a traumatic experience to some, but I made a lot of money for people."

He also blamed the regulators, who should have smelled something fishy. "There was complicity, in my view," he said.

Madoff insists his wife, Ruth, and sons had no idea what he was doing.

He said Ruth, who stood by him after his two sons turned him in in 2009, will no longer speak to him - not since the December suicide of his younger son, Mark.

His surviving son, Andrew, won't speak to either of his parents. The New York magazine writer said he suspected Madoff granted the interview as a way of speaking to Andrew.

Madoff said he cried for two weeks over his son's suicide.

But he says he never considered suicide himself. "It's just not the way I am."

Madoff says prison isn't so bad, and that he enjoys a certain status with the other prisoners. "My notoriety impresses them," he said. "It shouldn't, but it does."

Madoff says he's seeing a shrink, and that she told him that he's not a sociopath because he has morals and remorse.

"I'm not the kind of person I'm being portrayed as," he told the magazine. "I am a good person."
Posted by joe levin at 6:20 AM