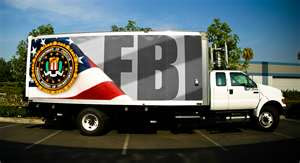 The California chapters of the Council on American-Islamic Relations and the ACLU say they will announce a federal class action lawsuit Wednesday against the FBI for "illegal surveillance of the Muslim community."

"In recent months, there has been a notable increase in complaints by community members of FBI visits," the offices said in July.

It said that Muslims of varying ethnic and geographic background have reported visits by FBI agents.

"We have seen a special emphasis on individuals who have ties to, or have visited Pakistan, Somalia and Yemen," it said.

The California chapters said it was conducting the project, in conjunction with the ACLU and the Asian Law Caucus, to identify pattens of "overly intrusive conduct."
Posted by joe levin at 2:54 PM