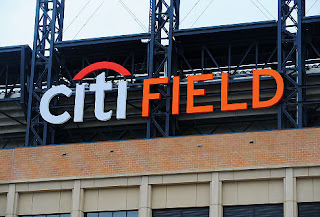 A Federal judge's Amazin' apparel caused some consternation Friday during a hearing on whether kosher hot dogs can be sold at Citi Field on the Jewish Sabbath.

The lawyer for the vendor that has been barred from slinging rabbi-approved franks from sundown Friday to sundown Saturday had a delicate question for the case's higher authority.

"Your honor, I saw you outside the courthouse at lunchtime and you were wearing a Mets hat and now I see you are wearing a blue-and-orange tie," lawyer Leo Klein said.

"Do we have anything to worry about?"

"There's no need for concern about that," Carter said.

Carter has been tasked with trying to help the parties settle the dispute after Federal Judge Jack Weinstein said he couldn't get involved in interpreting rabbinical law.

With the Mets' first Friday night home game slated for April 8, it remains unclear whether fans will be able to purchase kosher franks, sausages, knishes, pretzels, peanuts and hamburgers.

Kosher Sports Inc. claims it is entitled to serve the glatt kosher fare at every game under a 10-year deal with the ballclub.

The firm claims Mets management barred them from selling on the Sabbath.

"The Mets can litigate many things right now and this is not the most important thing," Mehlman said, apparently referring to the $300 million suit against team owners Fred Wilpon and Saul Katz by a trustee in the Bernie Madoff case.

"The season is coming up....Let's settle the matter," Mehlman said.

Kosher Sports contends there's nothing unorthodox about selling its food on the Sabbath and said it shelled out plenty of cash to meet the religious requirements.

Borrowing a football metaphor, the company's lawyer, Ira Tokayer, complained the Mets "have been stiff-arming us" by refusing to turn over documents on the team's relationship with Aramark and Nathan's hot dogs.

The New Jersey-based vendor is seeking at least $1 million in damages for breach of contract.

A spokesman for Aramark did not return a call seeking comment.
Posted by joe levin at 8:42 PM