Michael Grzybowicz, 26, is accused in the sickening rape of a 2-year-old girl at SeaWorld 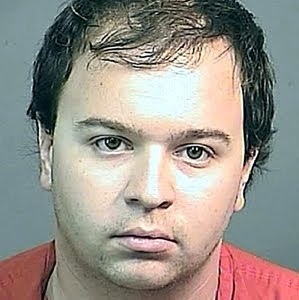 It’s hardly the happiest place on earth these days.

In less than a week, two famed Orlando, Fla., theme parks have been rocked by sickening sex-attack allegations that have shattered the vacation spot’s image of innocence and safety, according to reports.

First, at SeaWorld, a man alleged raped a 2-year-old girl while her mom was going on a ride on Feb. 17. Then on Tuesday, a woman was allegedly raped by a Disney World employee in a hotel room at the Florida fun spot.

In the sick SeaWorld sex attack, suspect Michael Grzybowicz is accused of taking disgusting pictures of his rape of a diaper-wearing toddler with his cell phone.

The 26-year-old allegedly accompanied the parents of the toddler to the park — and was asked by the parents to watch the little girl while they went on a ride, the Orange County Sheriff’s Office said.

Four photos in his cell phone’s memory chip allegedly showed the violation of a toddler, who was wearing a diaper and a yellow sun dress while riding in a dark blue stroller, according to The Orlando Sentinel.

Grzybowicz claimed he didn’t know how the images got on his phone.

He was jailed last Saturday on a charge of possession of child pornography and faces additional counts of sexual battery and lewd and lascivious molestation, authorities said.

"Nothing is more important than the safety and welfare of our guests, and our team members are trained to report any kind of suspicious behavior," SeaWorld said in a statement.

Five days later at Disney World a single mom was allegedly attacked by a Disney reservations clerk who lured her with offers of free passes and hotel discounts, authorities said.

The mom-of-two had booked the vacation in January, telling Brookins she was single and unemployed and using tax-return money for the trip, the Daily Mail reported.

Brookins then offered to make reservations in his name so she could get an employee discount — though she reportedly insisted there’d be no sex in exchange, the newspaper said.

When the family arrived Tuesday and checked into the Caribbean Beach Resort on the Disney property, Brookins even escorted them through the Magic Kingdom.

But when the mom awoke from a nap after a Space Mountain ride, Brookins allegedly attacked her back in the room, reports said.

The woman also claimed Brookins ripped off her debit card, a room key and $40 before taking them to Epcot on Wednesday, though he didn’t stay with the family there, the Daily Mail reported.

Disney placed Brookins, who has an arrest record in Maryland, on unpaid leave pending the outcome of the police probe.

Edgar Arnold Jr. was jailed without bail and also suspended without pay by Disney.