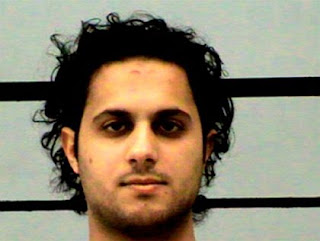 Sources told CBS 2’s Marcia Kramer the suspect is a chemistry major who had the expertise to build lethal bombs.

In his mug shot Khalid Ali-M Aldawsari looks young and possibly a little unsophisticated, but Homeland Security Chairman Peter King told Kramer don’t be fooled — Aldawsari’s dream was to emulate Osama bin Laden and kill Americans. And he apparently knew how to do it.

He moved to Texas to study chemical engineering at South Plains College, and according to diaries obtained by the FBI it was all about building an “intelligent bomb.”

In one terror journal entry released by prosecutors he wrote, “after mastering the English language, learning how to build explosives, and continuous planning to target the infidel Americans, it is time for jihad.”

“Most ominously for us in New York he was actually looking at the street cameras in New York trying to find targets to attack in New York City,” Rep. King said.

The real-time traffic website he looked at offers over 200 locations, including the Lincoln, Holland and Midtown tunnels.

In another journal entry found by prosecutors Aldawsari talks of travelling to New York for at least a week.

“ … preparing the bombs for remote detonation, putting the bombs into the cars and taking them to different places during the rush hour; and leaving the city for a safe place,” Aldawsari wrote.

A student at a college near Lubbock, Texas, prosecutors said he had ordered all the chemicals he would need to make a bomb.

“It was only because a supplier … this is the see something, say something … the supplier realized was something out of place and he notified the authorities,” Rep. King said.

“The arrest once again underscores the necessity of being vigilant against terrorism both home and abroad,” White House Press Secretary Jay Carney said.

Aldawsari’s diaries also indicate he was planning to use realistic dolls to plant explosives and other weapons, and that he had studied the technology involved in using cell phones as remote detonators.
Posted by joe levin at 10:09 PM