The Rich, the Famous, the Armed 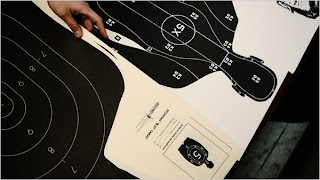 MEN and women. Democrats and Republicans. Doctors, lawyers, merchants and moguls. A remarkable, if relatively small, cross-section of New Yorkers legally own handguns, according to public records obtained by The New York Times.

Among the more than 37,000 people licensed to have a handgun in the city are dozens of boldface names and public figures: prominent business leaders, elected officials, celebrities, journalists, judges and lawyers.

Some expressed pride in their gun ownership, like the renowned divorce lawyer Raoul Felder, who readily posed with his .38-caliber Smith & Wesson. Others, including David Breitbart, Yetta Kurland and Walter Mack, all well-known lawyers, were irked to learn they would be included in an article based on the public records. And there were a few conflicted souls, like Alexis Stewart, co-host of “Whatever With Alexis and Jennifer” on SiriusXM radio and the Hallmark Channel.

“I don’t believe people should be allowed to have guns in America,” Ms. Stewart, daughter of Martha, said in an interview, explaining that she bought a .357 Magnum after 9/11 — but would be happy to give it up if handguns were banned. “Having a swimming pool is way more dangerous than having a gun,” she added.

Getting a handgun legally in New York is a two-step process. First, applicants must obtain a license, which costs $340, takes about 12 weeks to process, is good for three years and requires a background check by the New York Police Department. In addition, fingerprinting costs about $100.

Those who pass that hurdle then must get a purchase authorization from the police for the particular weapon they intend to buy. One handgun license may list up to 25 weapons (so far, no one has tried to register more than that, officials said), but buyers must wait 90 days between purchases.

The 41,164 handguns registered with the Police Department as of Jan. 14 include those owned by more than 2,400 people who live outside the city but have permission to bring their weapons here — people like Roger E. Ailes, the president of Fox News, whose license lists an address in New Jersey; John J. Mack, the chairman of Morgan Stanley, who lives in Westchester County; and Sean Hannity, the conservative talk-show host, who lives on Long Island.

There are eight kinds of handgun licenses in New York, one of which is for dealers. The most common restricts the weapon to the owner’s home, but others allow license holders, including security guards, gun custodians and people who demonstrate a need for protection, to carry weapons with them.

Nearly 4,000 license holders — those who have a “carry business,” “limited carry” or “special carry” license — can legally conceal their weapons. The Times obtained the database of handgun owners from the Police Department after filing a Public Records Act request and a lawsuit; the police released ZIP codes but omitted street addresses. The database also did not include the 14,602 retired police officers who are licensed to have weapons.

The Police Department issues a separate license for long guns: about 52,000 shotguns and rifles are registered, but the owners’ names and addresses are not public records.

There are no comprehensive statistics available on gun ownership nationally because most states do not require licenses or permits. But an annual survey by the Pew Research Center suggests that about one-third of the nation’s homes have a gun. In comparison, at most, about 1 percent of New York City’s households have a licensed gun.

At Westside Pistol and Rifle Range, in Manhattan’s Flatiron district, the owner, Darren Leung, said that there was a surge of new members after 9/11, but that the number had since fallen slightly, to 1,500. About 20 or 30 members a day come by to take classes or to practice with paper targets in one of 16 enclosed 50-foot stalls. On the sidewalk outside on West 20th Street, the sound of gunshots from the basement range is not audible.

“In a weird way, it’s a kind of stress reliever,” said William Rosado, an illustrator who regularly visits the range to fire his 9-millimeter Smith & Wesson. “It’s something completely different than what I do for a living.”

Most gun owners interviewed said they had never drawn their weapons in self-defense. But John A. Catsimatidis, the owner of the Red Apple Group and Gristedes supermarket chain, recalled a chilling episode from the mid-1980s, when he intercepted a robber fleeing one of his stores in the Bronx.

When the police arrived, they arrested the man, and examined Mr. Catsimatidis’s weapon — a Walther PPK/S 9-millimeter pistol.

“The sergeant says to me, ‘You couldn’t have shot the guy anyway: your safety is still on,’ ” Mr. Catsimatidis recalled. “The sweat started dripping off my head.

“I’m not going to do anything stupid like that again.”
Posted by joe levin at 2:41 AM