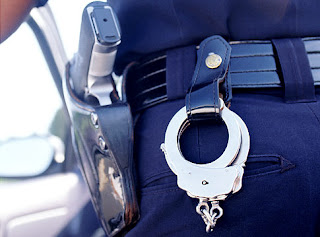 The 77th Precinct, covering Crown Heights and Prospect Heights, first raised a red flag with unusually high numbers of unfounded cases - where cops respond to a report of crime and determine none was committed, sources said.

After the review began, cops blabbed about other cases where they thought higher-ups improperly downgraded felonies to misdemeanors or told officers not to take a complaint, sources said.

The probe is focusing on whether felony grand larcenies were bumped down to misdemeanors, and whether burglaries became criminal mischief complaints, two sources said.

Inspector John Cosgrove was precinct commander during the period in question. No departmental charges have been filed against him. He would not comment.

"An accusation surfaced that Cosgrove wasn't so much asleep at the switch, but that he encouraged the numbers [to] be manipulated," a source said.

"Cosgrove is a seasoned police executive whose leadership was recognized by award of the unit citation in 2009 for outstanding command performance," said Roy Richter, head of the NYPD Captains Endowment Association.

Deputy Police Commissioner Paul Browne declined to discuss the audit beyond noting that the system of internal reviews has grown more extensive since 2002.

Kelly said the department's internal audits showed only 1.5% of all crime reports were classified incorrectly.

The 77th Precinct isn't the first to come under scrutiny.

In Bedford-Stuyvesant's 81st Precinct, Officer Adrian Schoolcraft claimed bosses refused to take crime reports from some victims - and filed a $50 million lawsuit against the city and the NYPD. The Daily News was the first to expose the allegations.

Several other officers have since come forward to accuse police of fudging crime stats.

Sources said the NYPD created the "superaudit" after the Schoolcraft scandal to look at closed and unsubstantiated cases.

The 77th Precinct saw an overall 17.2% increase in seven major crime categories last year, compared with the citywide decline of 1.6%.