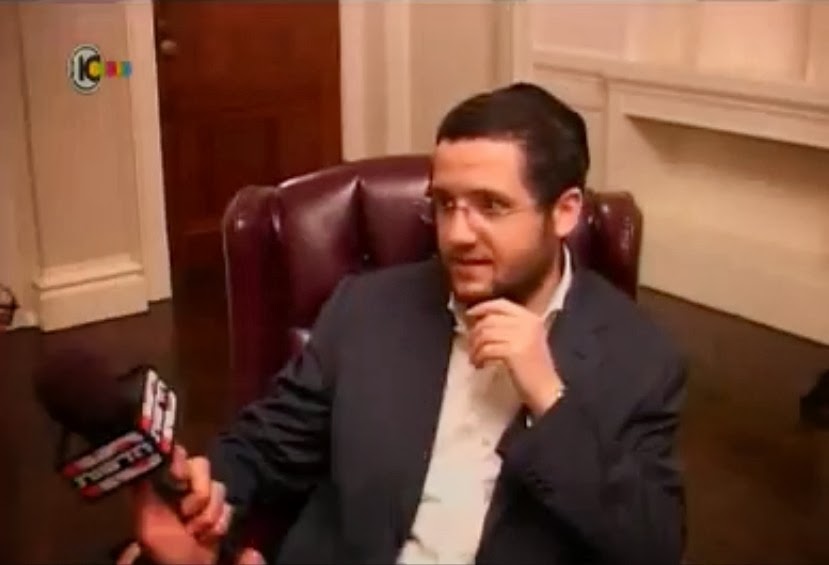 NY - In a 2010 interview that aired on Israeli television over the weekend, Rep. Michael Grimm. detailed his relationship with Rabbi Yoshiyahu Pinto, the multimillionaire, celebrity rabbi at the center of the FBI investigation into Grimm's fundraising.

"It's amazing," Grimm, a former FBI agent, said in the interview. "I'm not Jewish, I'm Catholic. But the very first time that I met Rabbi Pinto, I can't really explain it, it's hard to articulate, but it was a very special meeting. You could almost feel the positive energy when he holds your hand."

The interview was. Grimm appears in the latter part of the footage. The FBI is investigating allegations that Grimm, working with Pinto aide Ofer Biton, illegally raised money from the rabbi's Upper East Side congregation. Grimm has denied the charges and has been accused of no wrongdoing.

The interview was filmed about six months after Grimm meet Pinto, and at a time when Grimm was a candidate for the House.

He said he initially met Pinto after doing a "mitzvah," or good deed, for a member of the New York's Jewish community at the end of an undercover case Grimm worked in the city.

Grimm said he declined offers of money from members of the Jewish community at that time, asking them to pray for him instead.

Grimm, "Over those seven, eight years, I always refused, I could never take money, especially as an FBI agent, and I never would. I always said, 'Pray for me - that's how you can pay me. Pray for me.' "

Grimm said that when the community found out he was running for Congress, "they wanted to help me."

He said members of the community invited him to get a "very special blessing" from Pinto.

"Since then, I see the rabbi regularly and it's really an amazing story," he said, "because you would think I'm here asking the rabbi advice about my campaign."

He said, "I think that one of the reasons that the rabbi has given me such a strong blessing is because he can see from my actions -- and almost read my heart -- that I'm a strong supporter of Israel, because that's my beliefs."

Grimm said in the interview that the campaign was going well "due to the inspiration of the rabbi."