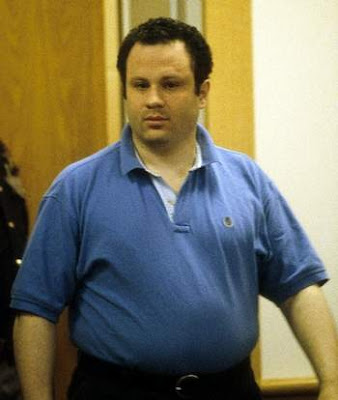 Convicted wife-killer Seth Bader lost two bids to be returned to Concord state prison when federal courts rejected claims the state violated his right to practice his Orthodox Jewish faith by transferring him to the Northern Correctional Facility in Berlin.


In two decisions issued during the last month, courts ruled the state Department of Corrections is not responsible for the lack of Jewish clergy and volunteers available to minister to Jewish inmates in the Berlin area and other local conditions that make it difficult for Bader to practice his faith there.

Bader, 52, is serving a life term without chance of parole for the first-degree murder of his wife, Vicki Lynn Bader, in 1996.

A former Stratham attorney, Bader regularly celebrated Jewish holidays and attended Sabbath services with other inmates and met regularly with a rabbi while incarcerated at the Concord prison from 1998 to 2010, the First Circuit Court of Appeals in Boston wrote in its March 29 ruling .

Since his transfer to the Berlin prison in 2010, Bader claims he has not met with a rabbi or celebrated Sabbath services because the rabbi and volunteers who minister to inmates in Concord can't make the two-hour drive to Berlin. Berlin prison officials' efforts to recruit local volunteers met with partial success. Bader also said he is deprived of a congregation with which to worship since there is only one other practicing Jewish inmate at Berlin.

In a suit filed against Corrections Commissioner William L. Wrenn, Bader said the state violated the Religious Land Use and Institutionalized Persons Act when it transferred him to Berlin.

A federal magistrate denied his request for an injunction. The First Circuit Court of Appeals upheld that ruling March 29 when it found local conditions — and not prison restrictions — are responsible for Bader's difficulties.


U.S. District Judge Steven J. McAuliffe reiterated this stance Monday when he denied Bader's subsequent request for an injunction compelling the state to return him to Concord.

While Bader's transfer was “legal,” that does not mean that it is “wise or charitable to keep Bader indefinitely in Berlin,” the First Circuit Court ruled.