John Luper was murdered in 2004 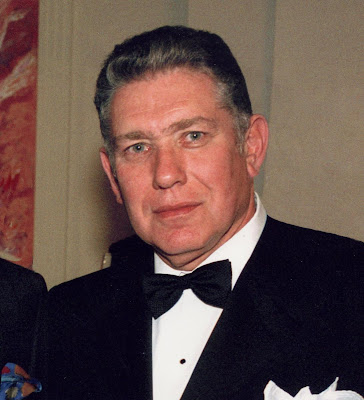 The detective leading the inquiry into the murder of a Leeds businessman has issued a direct appeal to the criminal fraternity – nine years after the killing.


Det Chief Insp Simon Atkinson, of West Yorkshire Police’s homicide and major enquiry team, said they must know who took the life of John Luper in Alwoodley, Leeds, in 2004.

Mr Luper, 57, died in what police say was a robbery gone wrong at his million-pound home on Sandmoor Drive on the night of February 16, while his family were tied up upstairs.

“I am sure members of the criminal fraternity will have suspicions about who was responsible and I would call on them to come forward and provide that vital piece of information,” Det Chief Insp Atkinson said.

“Let’s not lose sight of the fact that a father and husband was left to die alone in the kitchen while his family were tied up in the same house.

“It has ripped a massive hole in the Luper family and they want some answers.”

Mr Luper, who had a clothing manufacturing business, had been walking his dog when he was attacked and dragged to the house by a gang.

His wife, Iycian, daughter, Liza-Rose, and au pair were tied up while the gang stole jewellery and cash worth £100,000 before fleeing.

Mr Luper was found dead by his family in the early hours of February 17. A post mortem revealed he had died of asphyxiation.

Det Chief Insp Atkinson said: “I believe it was a planned and organised robbery that took a tragic turn.”

Mr Luper’s brother, Toby, described him as “larger than life” and said the family was still struggling to come to terms with what had happened.

“I’ve asked myself many times why it happened, what was the purpose of these people? It’s very difficult to move on,” he said.

“My mother cried every day after his death. We can’t move on until we get closure.”

Among the items stolen was a distinctive Cartier watch – one of only four in the country. Det Chief Insp Atkinson appealed to anyone with information about such a watch to contact police.

He added: “This has had a devastating effect on Mr Luper’s family. I’m determined to do my utmost to get them some answers.

“We will continue to work towards bringing the people responsible to justice.”
Posted by joe levin at 7:29 AM