Rabbi Leib Tropper Is Back in Business 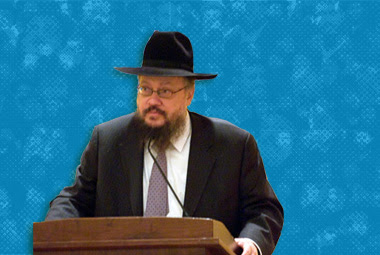 The last time we heard from Rabbi Leib Tropper, the ultra-Orthodox rabbi and conversion specialist, he was caught up in both a sex scandal and a multi-million-dollar court battle between the billionaire Thomas Kaplan, chair of the 92nd Street Y board, and his nephew, Guma Aguiar, the former owner of the controversial Beitar Jerusalem soccer team who disappeared off his yacht last year in Florida.

Tropper, accused of trading Jewish conversion papers for sexual favors, was forced to leave the Rockland County enclave of Monsey in disgrace.


But that was 2010. Now, Tropper is back, apparently lecturing and teaching at a Staten Island yeshiva headed by Reuven Feinstein, who declined to condemn Tropper at the height of the controversy and who, perhaps not coincidentally, was the beneficiary of a $3 million donation from Tropper’s sponsors Kaplan and Aguiar. (Tropper’s father, Yehuda Tropper, also taught at the school for three decades.)

He’s also been busy building a robust online presence: Tropper now has a Twitter account, a Tumblr, a Flickr feed, a Vimeo page, a Google+ page, and both his own .org and .net domains. He also has a blog, where he advertises his latest appearances and writes about his travels, including a trip to Paris, where he visited an exhibit on Algerian Jews as well as the “must-see” galleries at the Louvre, the Musee d’Orsay and the Grand Palais.


In January, Tropper also blogged about a lecture he gave on the pursuit of happiness. “Happiness is not the ecstacy [sic] expected by the feel Good culture in America,” he wrote. “It is a more Benign feeling of inner gratification by doing the Right thing.” Indeed.

Tablet mag
Posted by joe levin at 6:35 AM