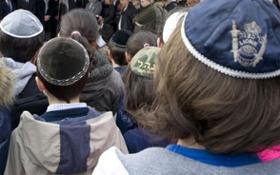 The principal of a Jewish school in Paris was indicted for failing to report the sexual abuse of minors.

The television network RTL reported that a Paris magistrate indicted the principal, identified by RTL as Rabbi Benjamin M., 55, on Feb. 21 for “non-reporting of sexual abuse of minors under 15 years.”

Victims’ parents told the principal about the alleged fondling committed by a supervisor at the Chabad-Lubavitch Beth Hanna elementary school for boys last summer, according to RTL.

The supervisor was indicted in November after parents of the alleged victims filed complaints, the French news agency AFP reported, but the principal failed to also file a complaint as he was required by law.

The online edition of Le Nouvel Observateur, a French weekly, reported that the principal also is suspected of trying to dissuade parents from complaining to police – a claim denied by Haim Nisenbaum, a spokesman for the Chabad-Lubavitch movement in France.

“Legally speaking, he [the principal] committed an error,” Nisenbaum is quoted as saying, but “there was no attempt to conceal anything.” Nisenbaum said the school, which is Orthodox, views the actions of the supervisor as “extremely serious.”

JForum, a French-Jewish news site, reported that the principal confronted the supervisor but deemed it unnecessary to file a complaint because he knew the parents had already done so.

Beth Hanna, located in northeast Paris on Rue Petit, is reportedly the largest Lubavitch school in Europe with an enrollment of approximately 2,000 children.
Posted by joe levin at 1:19 PM