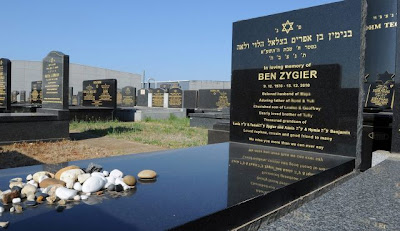 Two Australian Jews were recruited to work in the Mossad alongside Ben Zygier, the Der Spiegel reported on Tuesday.


In an article titled "How the Mossad Works: The Mystery of Israel's 'Prisoner X,'" journalist Ulrike Putz writes that Zygier and the two other Australians were active in an organization called the "Community Security Group" in Melbourne – a kind of Jewish defense league.

The two were identified as Paul Y. and David Z. According to the article, they also emigrated to Israel after completing their studies.

Zygier, Paul Y. and David Z. all had dual citizenships and worked at a Milan company, according to the report. All three had also changed their names several times.

On Tuesday, Aharon Franco, commissioner of the Israeli Prison Service, told his senior staff that the cell in which Zygier committed suicide in December 2010 was not specially supervised, nor was it considered suicide-proof.

Franco told the service's top brass that he was "briefed about the suicide of the detainee, and about the concept of his imprisonment which stressed the importance of his isolation from other prisoners for security reasons. Therefore the cell he was placed in was not a supervised cell or a cell for prevention of suicide as we have today."
Posted by joe levin at 5:50 AM