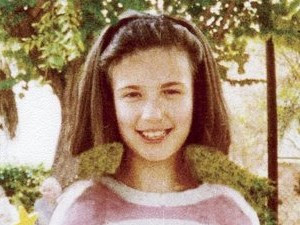 A police manhunt for an Ashdod woman whose daughter was said to be identified as Alexandra Brandt, a girl who mysteriously disappeared in 1994, turned out to be a wild goose chase.


A DNA test conducted overnight Tuesday has dispelled hope that the two-decade-old missing persons case would finally be resolved.

Brandt, 11 at the time of her dissappearance, was last seen at a public park in Ramat Gan on her way to school.

Last week, Channel 10 reported that her mother, Tehila Brandt, formerly known as Svetlana, recognized her at a wedding in that city.

The woman identified as the missing girl, who would now be 30, has denied being Tehila Brandt's daughter and agreed to undergo a DNA test to rule out the possibility.

When Tehila Brandt refused to provide a DNA sample, the police resorted to collecting a sample her other daughter, Lilach Talia – Alexandra Brandt's sister. But the results were inconclusive.


The police then launched a search for the mother of the woman spotted at the wedding.

The investigators were initially unable to locate her, but after two days managed to collect a DNA sample and conduct a test that confirmed the woman is genetically linked to her own mother, and not Alexandra Brandt's sister Lilach, putting the probe back at square one.

Lilach Brandt, the missing girl's sister, has said in a Facebook post that her mother had been in touch with the woman she believed was Alexandra.

"My mother spoke to the woman on the phone and when she asked her if she was Alexandra, she hung up frightened," Lilach Brandt wrote. "A few months later my mother called again.

This time they talked for an hour and a half. During that time she said she knew she was my mother's missing daughter. She also asked about me."

When she learned of the encounter and conversations, Lilach Brandt called the woman, who is married and lives in Ashdod, and her husband answered.

"I explained who I was and he wouldn't let me talk to her," wrote Lilach Brandt. "I went to see her and she said she could not talk.

"This is a woman with her own sad story, and maybe she isn't not my sister. But the tests will give us the complete answer," she said.

Brandt's story made headlines about a decade ago when two brothers, Shlomi and Oren Korido, were arrested for sexually assaulting minors.

The two admitted to murdering Brandt, detailing their process. But when the police failed to find the girl's body, the two recanted, saying that they made the story up to get better imprisonment terms.
Posted by joe levin at 6:42 AM