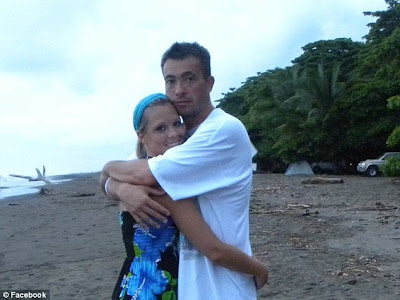 Trevino, 39, is charged with two counts of second-degree murder in a case that is complicated by the fact his wife's body has not been found. Bail was set at $1 million.

Trevino called St. Paul police on Sunday, Feb. 24 to report his wife missing. He said Kira, 30, left to run errands on Friday morning and didn't show up for work Saturday at Mall of America.

Trevino was booked into the Ramsey County Jail on suspicion of murder Tuesday -- one day after his wife's car was discovered in a mall parking ramp with her purse and cell phone inside.

According to the criminal complaint, blood was found in the trunk of the car, and also in the bedroom of the couple's house on Iowa Street.

"Based on the amount of blood found in her home and the vehicle and based on the fact that it is highly uncharacteristic of her to be missing for nearly a full week without any contact with friends, family or coworkers, there is probable cause to conclude that she is dead," the criminal complaint said.

According to the charges, Trevino said Kira had been suffering a mid-life crisis and that she had been leaving him for two to three days at a time, often staying with friends. He also said he recently learned his wife was lying about where she had been staying, and friends and family both told police they were aware of the couple's relationship problems.


When interviewed by police, Trevino said he and Kira agreed to work on their relationship, planning a date night for Thursday, Feb. 21. He said they met at Mall of America, had dinner and went bowling before splitting ways in separate vehicles.

Trevino said they met at home later that night and watched a movie, then got ready for bed together. He said he last saw his wife at 8:30 a.m. Friday, when he assumed she left to go work out at the gym and go tanning before reporting to work at the mall.

BLOOD STAIN IN SHAPE OF BODY


Mall of America security found Kira Trevino's white Chevy Cobalt in a remote part of the parking ramp early Sunday morning -- the same car a friend told FOX 9 he worked on recently because she'd had a flat tire, a cut brake line and cut transmission line within the last month. Once he learned Kira Trevino was missing, that friend said he worried someone may have been stalking her or sabotaging her car.

When police ordered the car be towed, the tow truck operator found blood near the trunk opening. Police also found a blood-stained trunk liner near the car.

Crime scene investigators also cut-out a large section of carpet in the bedroom, finding a blood stain in the shape of a body on the backside.

Processing of the home found "evidence of extensive cleanup efforts," including furniture moved to hide evidence, a basket of freshly-washed towels, a spray bottle of bleach solution and a carpet cleaning machine.

Investigators found large amounts of blood in the main floor living room, hallways, bathroom and stairs leading down to the basement laundry room. Testing also revealed blood on the wheels and brushes of the carpet cleaner.

On Feb. 27, Bloomington police recovered Mall of America surveillance video showing Kira Trevino's car entering the parking lot at 9:45 a.m. The video isn't clear enough to establish identity, but it shows the person throw an item consistent with the trunk liner before getting in an Airport Cab near the Nordstrom entrance.

GPS tracking showed the cab traveled from the mall to the 600 block of Iowa Street in St. Paul – less than a block from Trevino's home.