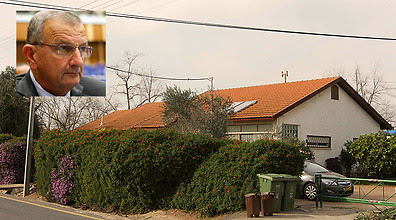 
Dr. Horev, who resides in the central Israel moshav of Beit Yitzhak, is in charge of Israel's nuclear policy – one of the defense establishment's most sensitive roles.

Ynet revealed on Monday that property has been stolen from a Prime Minister's Office senior official, whose identity was cleared for publication Tuesday.

Among the items stolen from the house were a communication device, a wallet, a briefcase holding documents and a computer.

The AEC stated that the stolen documents did not contain classified information, and denied a computer was stolen.

Horev is accompanied by body-guards, but does not have home security like government ministers.

A security guard escorts him to the door and the house is secured by a CCTV security system, measures that the The Prime Minister's Office is currently considering to bolster.

The AEC stated that they do not believe the robbery was related to the nature of the Horev's work and the burglars did not know his identity.

Dr. Horev has held the sensitive position since 2007, after acting as the Commission's deputy and as the deputy commander of the Israeli Navy.

He is considered the highest official dealing with Israel's nuclear policy. He answers to the Prime Minister directly and is appointed by the government.

The AEC is the government body responsible for Israel's nuclear research centers.
Posted by joe levin at 6:26 AM