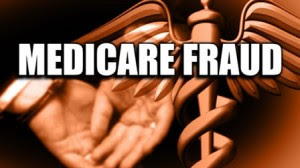 NEW YORK — The Brooklyn district attorney is leading an unusual city and federal team effort to crack down on doctors and pharmacists who bilk Medicare and Medicaid.


DA Charles Hynes and other officials announced the collaboration Monday. They underscored it by announcing the indictment of a doctor accused of defrauding the government health programs of nearly $500,000.

Prosecutors say Dr. Naveed Ahmad prescribed HIV drugs without determining whether the patients needed them, as part of a scheme that fed a black market for the medications. He's also accused of billing for services he didn't provide.

In the new initiative, Hynes' office is working with federal prosecutors, the federal Department of Health and Human Services and the city Human Resources Administration.
Posted by joe levin at 3:58 PM