Anti-Semitism up 30% in Belgium 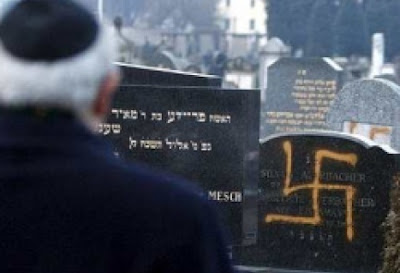 A Belgian government agency has confirmed that complaints of anti-Semitic abuse and violence rose by 30% in 2012, with 88 documented complaints compared to 62 in the previous year.


The cases included 11 incidents of vandalism, 15 verbal assaults, 13 Holocaust denials and 28 online attacks, and because many victims do not complain, the actual number of incidents may be far higher.

France faced one of the most serious waves of anti-Semitic incidents last year, after extremist Mohammed Merah killed a rabbi and three Jewish schoolchildren.

The country saw a significant increase in the number of anti-Semitic incidents year-to-year, with 614 attacks in 2012 compared to 389 the previous year.

In another recent attack, Rabbi Daniel Alter was assaulted in Berlin as he walked down the street with his daughter, with the incident being just another example of the growing trend of anti-Semitism across the continent.