Glamour couple: The California attorney general has declined Jonah Shacknai's request for new probe into the deaths of his son and partner Rebecca Zahau 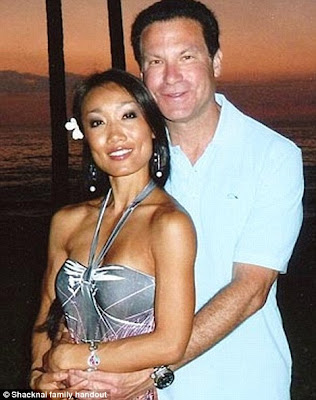 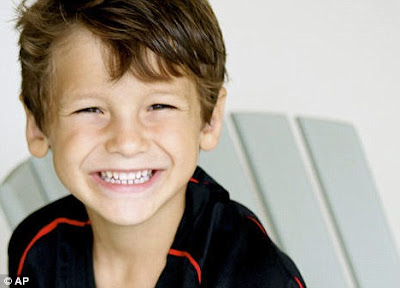 *Visible injuries not consistent with cardiac arrest and swollen brain

The six-year-old son of Arizona pharmaceuticals tycoon Jonah Shacknai who died after a fall at his father's mansion may have suffocated, newly obtained search warrants suggest.

Max Shacknai was found unconscious at the base of the stairs at his father's vacation home in Coronado, California, where Shacknai's girlfriend, Rebecca Zahau, was found dead two days later. Max's death was determined to be an accident by the San Diego Medical Examiner.

However, the boy's physician, Dr Brad Peterson of Rady’s Children’s Hospital, was quoted in a search warrant saying suffocation may have occurred prior his fall.

In search warrants that were just released by a San Diego judge, the Coronado Police Department quoted Dr Peterson saying Max's visible injuries were not consistent with the cardiac arrest and brain swelling he suffered.

His neck was broken and he was found not breathing and with no pulse by Ms Zahau at the bottom of the stairs after she heard a noise and came to look. She was the only adult at home at the time.

'He did not feel the visible injuries were consistent with the cardiac arrest and brain swelling experienced by Shacknai,' the report reads.

Two days after the accident, as Max lay in hospital, Jonah Shacknai's brother, Adam, called 911 to report that Miss Zahau appeared to be dead.

Investigators said she died at about 3am and was found at 6.45am by Adam Shacknai, who was staying in a mansion guesthouse.

Jonah Shacknai was not at home as he was at his son's hospital bedside.

When Miss Zahau's naked body was found hanging from the mansion's balcony with her ankles and wrists bound, investigators were quick to say they weren't ruling out suicide.

They eventually determined there was no evidence of foul play, sexual assault or a struggle, authorities said.

She was alive when she went over the balcony and she died by hanging. There was no alcohol or drugs in her system.

Mr Shacknai has two children with his first wife, Kimberly. Max was his only child with his second wife, Dina, whom he divorced in 2008.

The mother was at her son's bedside consistently throughout his hospitalization.

Following the little six-year-old boy’s death, Dina and Jonah Shacknai made the brave decision to have his organs donated.

The home where the tragic incidents occurred, known as the Spreckels mansion, is one of the more storied properties in Coronado, a small suburb of multi-million dollar homes on the tip of a peninsula across a bay from downtown San Diego.

The home has unobstructed beach views and sits near Coronado's main street, which is lined with palm trees and upscale boutiques.

Jonah Shacknai bought the mansion in March 2007, when it was assessed at $12.75million.

The home was built in 1908 and named for its original owner, newspaper mogul John D Spreckels, who owned the San Diego Union and San Diego Tribune.

The California attorney general has declined a Jonah Shacknai's request to investigate his son's fatal fall and his girlfriend's suicide hanging, both of which occurred inside the home, officials announced Thursday.

The family of Rebecca Zahau has challenged local law agencies' findings that she committed suicide.

In a letter to Shacknai dated September 21, the attorney general's office said the California Department of Justice would conduct such an investigation only 'under very narrow circumstances.'
Posted by joe levin at 8:10 AM