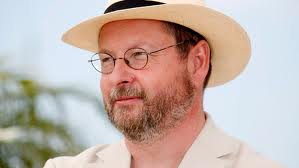 The controversial director is decidely rescinding the apologies he made for his off-color remarks about Hitler at this year's Cannes Film Festival in the October issue of GQ.

"I'm sorry that it didn't come out more clearly. I'm not sorry that I made a joke, but I'm sorry that I didn't make it clear that it was a joke. But I can't be sorry for what I said - it's against my nature."

In May, von Trier infamously launched into a puzzling rant about Jews and empathizing with the Nazi dictator.

"What can I say? I understand Hitler, but I think he did some wrong things, yes, absolutely," he said at a press conference for his film "Melancholia." "He's not what you would call a good guy, but I understand much about him, and I sympathize with him a little bit."

His comments led to an uproar, causing organizers to ban him from the film festival and critics to bash his bigotry.

Earlier this month, von Trier revisited his statements, apologizing for any offense he might have caused.

"If I have hurt someone by the words I said a the press conference I sincerely apologize," he said. "I am not anti-Semitic or racially prejudiced in any way, nor am I a Nazi.

"After all this nonsense in Cannes, I am claiming that since [the man who raised him] was Jewish and gave me a cultural Jewish upbringing, I am as good a Jew as any," he said. "Maybe he didn't give the sperm but he gave me a family and a background."

Now, however, the outspoken director is singing a different tune and defending his initial opinions.

Time will tell when the bespeckled von Trier will change his mind once more.
Posted by joe levin at 7:59 AM