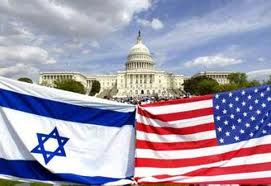 The coming US veto of a UN Security Council measure on Palestinian statehood this week raises the question, once again, of why the United States needs to stick its neck out to help Israel. Many forget that America’s pro-Israel policy advances vital practical and strategic goals.

The United States has always looked to Israel as a monument of democracy and stability in a region where’s there’s been little of either; uncertainties in the wake of the Arab Spring only add to that value.

Even the fiercest critics of our pro-Israel policy concede that we get invaluable intelligence from its matchless espionage service, the Mossad. Israelis know more about fighting terrorism than anyone else and have top human-intelligence sources in every country in the Middle East -- something our CIA only dreams about. Since 9/11, the Israelis have not only helped us detect and run down networks like al Qaeda but also kept us intimately informed of the spreading nuclear-arms race in the Muslim world.

But what many Americans don’t appreciate is how the 150,000 active-duty and half-million reservists of the Israeli military have been our frontline of defense in conflicts in the past -- and will be the tripwire for threats in the future.

Israel pioneered the hostage-rescue mission with its daring raid at Entebbe Airport in 1976. It pioneered the use of unmanned drones to knock out Soviet-built anti-aircraft systems in the ’80s and showed how to use our TOW guided munitions to smash massed Soviet tank attacks. When Israeli jets took out Saddam Hussein’s nuclear-weapons program in 1981 and did the same to Syria’s budding nuclear facilities in 2007, they not only bought Israel time against gathering threats but also the rest of the world.

When Iran reaches its nuclear tipping point, the Israeli air force may have to do a repeat performance, at considerable cost in pilots’ lives and international outrage -- and again saving Washington from having to confront a dangerous strategic challenge.

All in all, that’s a pretty fair return on a $2.5 billion annual investment, in contrast to the billions we’ve poured out to such far less helpful countries as Egypt or Pakistan -- not to mention Iraq and Afghanistan.

Still, the value of the Israeli military to American interests goes deeper. Its joint ventures with the US military have been essential in developing such high-tech weaponry as missiles, drones and Tactical High Energy Laser systems.

Israel’s defense industry excels in the kind of innovation, creativity and efficient just-in-time delivery that’s too often missing from our own megadefense contractors and keeps both them and us on the leading edge of military technologies.

Just as our Patriot batteries protected Israel during the first Gulf War, so may Israel’s new tested “Iron Dome” anti-missile system be the shield that protects American cities from rogue-nation and terrorist missile threats in the future.

By the way, that innovation and creativity go far beyond the defense industry. Israel’s growth rate consistently outperforms bigger developed nations; its per-capita capital investment is 2.5 times bigger than America’s -- and 80 times China’s.

Israel is now the Start-Up Nation, a major crucible of innovative companies and breakthrough industries, from microchip design to medical technology to software and network algorithms. Israeli companies supply Apple, Microsoft, Intel, Cisco and others with key technology.

So who needs Israel? We do. Our military and defense industries and even our biggest high-tech companies all depend on a strong and independent Israel.

The forces of darkness are gathering, both in the United Nations and the Middle East. If we abandon Israel now, it would be worse than a crime. To paraphrase the French diplomat Talleyrand, it’d be our worst national blunder since Vietnam.
Posted by joe levin at 5:17 AM