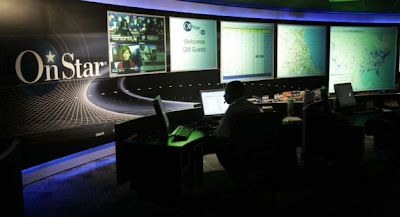 ALBANY, N.Y. — The OnStar automobile communication service used by 6 million Americans maintains its two-way connection with a customer even after the service is discontinued, while reserving the right to sell data from that connection.

U.S. Sen. Charles Schumer of New York says that's a blatant invasion of privacy and is calling on the Federal Trade Commission to investigate. But OnStar says former customers can stop the two-way transmission, and no driving data of customers has been shared or sold.

"OnStar is attempting one of the most brazen invasions of privacy in recent memory," said Schumer, a Democrat. "I urge OnStar to abandon.

But the General Motors Corp. OnStar service says customers are thoroughly informed of the new practice. If a customer says he or she doesn't want to have data collected after service is ended, OnStar disconnects the tracking.

And although OnStar reserves the right to share or sell data on customers' speed, location, use of seat belts and other practices, a spokesman says it hasn't done so and doesn't plan to.

"We apologize for creating any confusion about our terms and conditions," said Joanne Finnor, vice president of subscriber services. "We want to make sure we are as clear with our customers as possible, but it's apparent that we have failed to do this. ... We will continue to be open to their suggestions and concerns."

A week ago, OnStar changed its policy and began continuing the connection for ex-customers unless they asked for it to be discontinued.

Finnor noted keeping the two-communication active for former customers could someday allow for emergency messages to be sent even to ex-customers about severe weather or evacuations. The open line could also allow OnStar to alert drivers about warranty information or recalls, she said.

Schumer said he isn't persuaded. He said customers shouldn't have to "opt out" of the tracking after they end service. He accuses OnStar of actively deceiving customers.

Schumer is announcing the effort Sunday by releasing a letter to the Federal Trade Commission seeking an investigation.