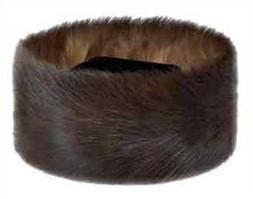 Oy vey, what a dumb crook.

A thief’s plans to sell a Hasid’s stolen sable-fur hat backfired when he failed to notice that the owner’s name and phone number were marked inside, police said.

Robert Giuff, 38, tried to sell the religious hat, known as a shtreimel, to a hat maker for $350 on Sunday after he stole it out of owner Moishe Horowitz’s car in Bushwick, Brooklyn, police said.

But the dealer, spotting the phone number inside, told the would-be seller that he needed to call an expert -- and instead called the owner.

“I got a call from the hat store,” said Horowitz, 36, who immediately called the cops. “So I ran over right away. I felt very relieved.”

Horowitz said he had already made an appointment at another hat store to buy a new one.

Giuff pleaded not guilty to grand larceny yesterday. Through his lawyer, he said he had found the hat on a pile of garbage.