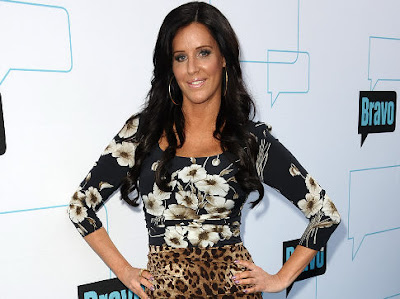 The Bravo reality show dating guru alienated viewers by slammed the dating values of gays, Jews and even smart women who haven't found a mate.

On the network's "Watch What Happens Live", the reality show star raised eyebrows after telling a gay man not to worry about being in a long-distance relationship.

In the gay world, there's always going to be open [relationships]," she said. "There's no curbing the gay man. You're going to be OK."

Stanger further dug herself into a hole by retorting, "I have tried to curb 'you people'".

Then, when a not-happy Cohen argued "I am a gay and am down for monogamy," Stanger snapped, "When's the last time you had a boyfriend?"

On Monday, Stanger refused to back off the claims. On Twitter she tweeted her support for the gay community but stood by her comments that gay men are less likely to be in a relationship.

"Attn male Gays: I support you & my comment on WWHL was to LA guys who can't find commitment ..." she tweeted. "It's true LA gays toughest nuts to crack to monogamy."

The turn was surprising for the reality show star, who has often proclaimed her respect for the gay community and rallied on behalf of gay marriage by appearing in a NOH8 campaign ad.

But gay people weren't the only ones she was going after this week.

In an appearance on New York Live, she slammed single Manhattan women for daring to be too intelligent.

She advised them to quit talking about their high test scores – or even using big words if they wanted a ring.

"They don't like them before they are married," she said, referring to how men feel about smart women. "You've got to dumb it down a little because men are not that bright."

"She's got red hair," she said. "She shouldn’t be talking, let alone getting a date."

Stanger could use some smarter dating advice -- for herself.

Last year, the 49 year-old reality star and her fiance split after six years together.