NYPD probe into ticket-fixing was nearly scrapped because of snitches 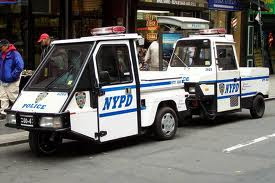 The NYPD's Internal Affairs Bureau is investigating several cops - including at least two in its own unit - for tipping off union officials to a massive ticket-fixing investigation, sources told the Daily News.

The probe was nearly stymied when someone in the unit phoned a union delegate last year to tell him IAB investigators were on their way to all 12 Bronx precinct stationhouses to seize summonses, sources said.

Further leaks alerted union officials to wiretaps and details of the secret probe, causing some cops to stop talking on tapped phones and take precautions to avoid incrimination, sources said.

"They got wise, because they knew what was coming," said one source with knowledge of the leaks. "But after a while, they went back to talking [about fixing tickets]. It didn't blow the case, but that level of betrayal is mind-blowing."

One of the IAB probers suspected of leaking details of the case was Lt. Jennara Everleth, a former police spokeswoman facing possible indictment, sources said.

The internal probe to find leakers was first reported by The New York Times.

At least five calls were made from IAB members to union officials targeted in the probe, which centered on the widespread practice of ticket-fixing by union delegates, sources said. Several regular officers also are believed to have leaked sensitive information gleamed from pals in the unit.

The leaks led IAB to move its base for the investigation from police headquarters to the same building as the Bronx district attorney's office.

"It was so bad that moving was the only option," the source said.

Also, a Bronx grand jury considering charges in the scandal has at least three union officials and a sergeant suspected of a robbery in its cross hairs, the Daily News has learned.

The grand jury hasn't voted whether to indict those cops - among 17 who could face criminal charges. Hundreds more face departmental charges.

About 50 cops have testified before the Bronx grand jury, many of them forced to dish on fellow cops after being confronted with wiretapped conversations that left them vulnerable to prosecution.
Posted by joe levin at 7:56 AM