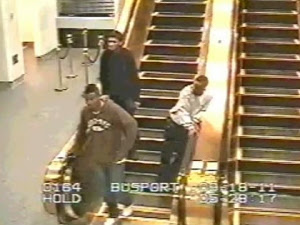 Prosecutors said the three suspects in Sunday’s attack stalked people at two other Atlantic City casinos before committing the crime.

There are now names to go with the faces of the men seen in the casino surveillance video. Police said the three gunned down an innocent man and wounded his girlfriend after robbing them in an Atlantic City parking lot.

We have been able to ascertain with great confidence who these three individuals are,” Atlantic County Prosecutor Ted Housel said.

Police said Phillip Byrd and Eric Darden, both 20, and Raheem Simmons, 18 — all of Camden, N.J., stalked several potential victims before zeroing in on 28-year-old Sunil Rattu, of Old Bridge, and his 24-year-old friend, Radha Ghetia, CBS 2′s Hazel Sanchez reports. Ghetia was released from the hospital.

The individuals who perpetrated this offense we know to have essentially stalked two other areas, parking areas, in Atlantic City,” Housel said.

Police said it was an intuitive casino dealer from Bally’s that spotted the suspects acting suspiciously hours before the shooting. He jotted down the license plate number of the group’s stolen getaway car.

He confronted them, they physically attempted to confront him. Intelligently, he got into his car and was able to get the tag number,” Housel said.

Police continue to hunt for the three suspects, who have now been charged with murder, robbery and carjacking.
Posted by joe levin at 5:40 AM