Manhattan lawyer Daniel Maimon Kirschenbaum. He has collected $30 million in settlements (with a 30% fee for himself) 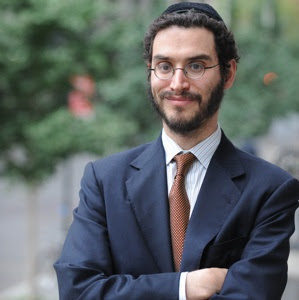 A top restaurateur is throwing in the apron, saying he’s done with New York City because a wave of vicious lawsuits, coupled with draconian state regulations, threatens to cripple the industry.

Eateries have paid out close to $30 million in settlements over wage and tip complaints in the past few years -- and that’s just from suits filed by one Manhattan lawyer, Daniel Maimon Kirschenbaum.

The city’s biggest names, including Nobu, Jean Georges, Sparks and Mesa Grill, have forked over millions, and more restaurants are on the hook. The ‘21’ Club reached a tentative $2 million settlement last week in a suit that alleged it stiffed workers on overtime pay and did not properly distribute a service charge to banquet staff.

Bastianich said the litigation -- he has been sued twice -- has left such a bitter taste that he’s done with setting up new ventures in New York.

We opened Eataly and put 700 jobs in the New York economy. Since then we haven’t opened another restaurant in New York, nor will we,” Bastianich told The Post. “We opened three other restaurants, in California and Connecticut, worth 1,000 jobs that could have been here in New York. Someone in Albany needs to understand the agenda, what this is really costing the greatest restaurant city in the world.”

New wage rules from the state Labor Department, which took effect in January, regulated tip distribution for the first time. For restaurant owners who lose their cases in court, the damages are now much harsher.

You’re forced to settle. Why go to trial and risk a $5 million settlement if you can settle for a million and a half?” Bastianich said.

It seems as if none of the city’s eatery elite has been immune from litigation. Keith McNally settled for $1.48 million over claims at Pastis and Balthazar, and Laurent Tourondel spent $925,000 to end suits at his BLT empire.

The legal battles have led to some desperate moves.

Celebrity chef Geoffrey Zakarian filed for bankruptcy earlier this year, a move his publicist said at the time was because of the “enormous costs of defending a class-action lawsuit by former employees” of Country, a now-shuttered restaurant.

Chris Cannon suddenly closed his highly rated Alto and Convivio restaurants last winter. Alto had been sued over an allegation the waitstaff was forced to illegally share tips with the general manager and other ineligible workers. He settled last month for $300,000.

The avalanche began five years ago as lawyers filed class-action cases drawing together busboys, waiters and other staff, sometimes by the hundreds. The more plaintiffs, the larger the potential settlement, with lawyers typically taking one-third of the payout.

I invented this business,” said Kirschenbaum, a Manhattan lawyer who has launched more than 100 suits in federal court, including one against Bastianich and his partner Mario Batali.

The class-action suit claims the restaurant denied overtime to workers, didn’t pay a required premium for long shifts, and illegally kept a portion of tips.

Another suit, by a different lawyer, charges Bastianich and his partners failed to pay waiters and others minimum wage and overtime at Del Posto, where the seven-course tasting menu is $145. It also claims that the restaurant owners “unlawfully retain gratuities added to banquet bills.”

This is an industry where people thought they were getting away with stuff,” Kirschenbaum said. “They alter time sheets. They get service employees to share their tips with kitchen staff to help pay their salary in the back of the restaurant.

Restaurants have been getting away with this for a long time.”

But Bastianich maintains that workers in New York eateries are paid the “best restaurant wages in the world.”

The issues stem from a competitive industry that deals largely in cash and where rules regarding salaries and tip distribution are complicated, said lawyer Louis Pechman, who won the largest settlement against a single restaurant -- a $3.15 million payment from Sparks steakhouse in 2009.

“The majority of restaurants on any given street in New York are still paying people the wrong way,” said Pechman, who sometimes teams up with Kirschenbaum.

Stephen Hans, a Long Island City-based lawyer who defends many small restaurants, said predatory lawyers even look for plaintiffs by advertising in El Diario and other ethnic newspapers.

Restaurants are often liable because they didn’t keep accurate records. He said one Queens pizzeria owner came to him with tears running down his face.

“He wasn’t keeping proper time records, so he didn’t have a defense,” Hans said. “He had to pay damages. It just killed him.”

Carolyn Diane Richmond, who has defended Nobu, Tribeca Grill and other top eateries, said the suits are spreading to mom-and-pop operations.

“It’s been a recipe for disaster for many small operators,” Richmond said. “There’s a perception, particularly in this city, that restaurateurs are sitting on gold mines.”

Restaurant owners often settle because they fear a worst-case scenario where they’re found to have violated the law, Richmond said.

The new state regulations spell out who’s in the tip pool, including waiters, busboys, bartenders and others as long as they regularly serve customers.

Typically, cash and credit-card tips are amassed and distributed to eligible staff based on a formula, with some workers getting a greater share.

If an unauthorized employee, such as a maitre d’, shares just once in the tip pool, the restaurant risks losing its so-called tip credit. That is the regulation that allows owners to pay tipped employees less than the minimum wage.

But a restaurant that is found to have violated the law, and loses the tip credit, must return the $2.25 an hour to every employee who worked during the period of the violation, for every shift they worked. This can add up to thousands of worker-hours.

The settlements, which usually come with no admission of wrongdoing, often don’t end up enriching waiters and busboys much.