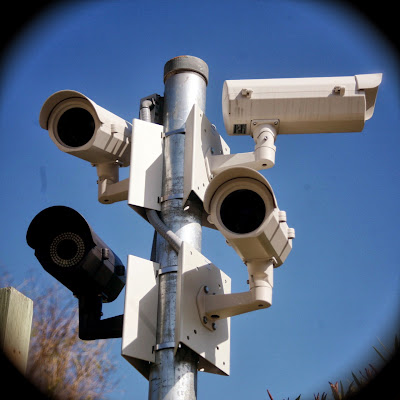 NEW YORK –  In a city that's ramped up surveillance since the 9/11 attacks, the next big installation of security cameras is not in the bustle of midtown Manhattan or near a well-known tourist attraction but in a leafy section of Brooklyn known for its low crime and large Orthodox Jewish population.

A hundred security cameras will be installed on public lampposts throughout the Midwood and Borough Park neighborhoods in the coming months — the result of a $1 million state grant secured in the wake of a horrifying tragedy: the 2011 abduction, dismemberment and murder of an 8-year-old Hasidic boy named Leiby Kletzky.

The taxpayer-funded security system will augment an already insular Orthodox community that has its own volunteer police force, ambulances and schools.

"This was a one-time initiative as a result of what happened," said Rabbi David Tanenbaum, executive director of community services for Agudath Israel, the umbrella nonprofit group for the Hasidic community that is the beneficiary of the grant.

"They looked for a reaction to a terrible tragedy, not for the area that might have necessarily needed it the most."

The Leiby Kletzky Security Initiative, as it is called, was announced by state Assemblyman Dov Hikind and state Sen. Dean Skelos a year after the gruesome killing of the boy, whose body parts were found in a freezer and inside a red suitcase tossed into the trash.

According to state documents, the grant will pay for the 100 cameras to be installed and maintained by Secure Watch 24, a private security firm, which will keep the recorded data for up to five years.

The grantee is an LLC effectively controlled by Agudath Israel, which has lobbied many state and city officials on a host of issues.

But some have questioned whether there is a need for cameras in an area where crime is considerably lower than in other parts of the city.

"It's who you know and who you can get to pull the purse strings to come to your rescue," said Tony Herbert, a community advocate in Brooklyn who speaks out against gun violence in high-crime neighborhoods like Brownsville.

"All we can do is jump up and down and make some noise to put a fire under the feet of our elected officials."

In the 66th precinct, where Leiby's slaying occurred, there were no homicides reported last year and only one so far in 2013. That's compared to 14 homicides last year and seven this year just 6 miles away in the 73rd precinct in Brownsville.

But Hikind insists the cameras are necessary in the Jewish neighborhoods, where he said the potential for crime — if not actual crime — was ever-present.

"It's not that we have more crime than another community, but being that it's a Jewish area, there's probably at least the potential for more anti-Semitic acts," he said.

The boy was abducted by Levi Aron — a member of the Orthodox community, though not Hasidic — who lived in the same general area.

The boy asked him for directions and Aron promised to take him home but instead eventually suffocated him inside his apartment.

Aron said later that he killed the boy when he saw the missing-person posters amid a massive police search and got nervous.

He was caught, in part, after detectives pieced together security footage of Leiby's walk home.

Aron pleaded guilty to second-degree murder and kidnapping and is serving 40 years to life in prison.

Civil libertarians have raised privacy concerns about the proliferation of cameras, in general, and the Leiby Kletzky initiative specifically.

Access to and management of the cameras in Brooklyn was not entirely clear. The New York Police Department referred all questions about the security system to Secure Watch 24, which didn't respond to requests for comment.

Hikind said police and volunteer police groups would have access to the cameras after a significant crime only by making formal requests to Secure Watch 24.

"God forbid something happens, there's an incident, the police will have access to the video tape," he said.
Donna Lieberman, the executive director of the New York Civil Liberties Union, said she was concerned that a private company would be managing a state-funded camera network placed on public property.

"I've never heard of the city farming out surveillance power like this," she said. "This horrific crime generated enormous pain in the community, but it's naive to think that a network of surveillance cameras is the answer to fears for the safety of our children."

In Borough Park, where the memory of Leiby's killing is still fresh, residents were generally supportive of the cameras despite any privacy concerns.

"You always have to compromise for the greater interest of being secure," said Leon Eisner, 65. "It's such a tight community we have here, you want to keep it safe."