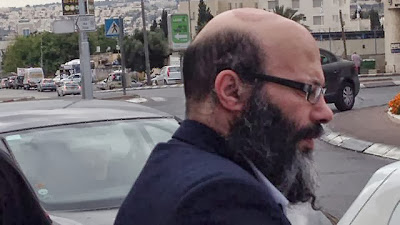 Cohen was convicted of rape, indecent assault and sodomy of a minor girl, but fled the country with his wife and children before being sentenced. He was located and arrested in Canada five months ago.

In November 2001, the mother of his victim – who was 14 at the time – lodged a complaint with police, claiming that Cohen had sexually attacked her daughter.

At the conclusion of the police investigation, the Jerusalem District Prosecutors filed an indictment against Cohen for offenses of rape, indecent behavior and sodomy for his actions against the minor.

The Jerusalem District Court convicted Cohen of the crimes in 2003, but prior to his sentencing, he had fled the country with his wife and children, and has since been on the lam with his whereabouts unknown.

After years of receiving tips, in 2011 newly received intelligence put police back on his trail. As part of a joint effort by the police and the Justice Ministry's international department, an international warrant against him was issued.

After a massive search effort conducted during the previous year by both Jerusalem and national police forces, Cohen was located in Canada and finally arrested.

Late Tuesday afternoon Cohen landed in Israel, escorted by police, thus putting an end to his extradition. He was taken to the Jerusalem District Police station and will be brought before a judge for extension of remand on Wednesday.