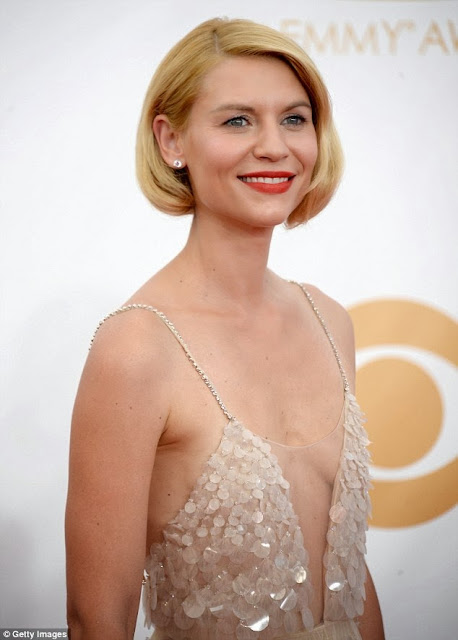 Claire Danes won the Best Actress award at the 65th Emmy Awards Sunday night, her second consecutive win in the category. The show also won awards in the Outstanding Casting for a Drama Series and Outstanding Writing in a Drama Series categories.

Danes is the leading actor in Showtime’s “Homeland,” which portrays the dramatic activities of a former marine POW, played by Damian Lewis, who is suspected of being an Islamic terrorist by Danes’s character, a bipolar CIA investigator who’s hot on his heels.

“Homeland” is based on the Israeli series “Hatufim,” created by Gideon Raff, who is also an executive producer of the American show.

“Homeland”‘s first and second seasons were partially filmed in Israel, and some scenes from the third season were also due to be filmed here. But those filming sessions were recently relocated to Morocco due to the tension in neighboring Syria.

In a 2012 interview for The New York Times, Danes shared her enthusiasm about filming in Israel, saying, “The night life is incredibly alive, and there is an extremely positive and generous spirit toward us.”

The show’a much-anticipated third series will begin airing on September 29.