Marc Ostrofsky, Claimed that the drivers of Ferraris are being 'targeted' by cops 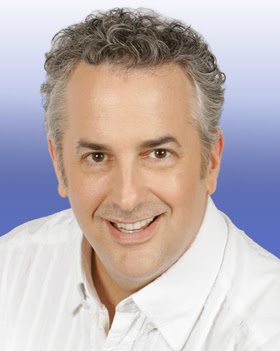 An upset multi-millionaire from Texas claimed that Ferrari drivers are being discriminated against and unfairly profiled by police when he appeared in a court in Aspen for a speeding ticket.

He may get limited sympathy from the drivers of more humble vehicles, but Marc Ostrofsky, 51, said officers are actively targeting supercars and pulling them over more compared to the average motorist.

Incredibly, Ostrofsky, best-selling author of Get Rich Click!: The Ultimate Guide to Making Money Online, at first denied all speeding charges then offered to pay $10,000 for a lie detector test for the officer that pulled him over.

Unsurprisingly, Judge Brooke Peterson of the municipal court in Colorado rejected Ostrofsky's offer.
According to the Aspen Daily News, Peterson said: 'That’s not going to happen. It’s not how my system works.'

Ostrofsky, of Houston, was stopped in Aspen's Main Street at the end of August by Assistant Police Chief Bill Linn.

The millionaire, who is reportedly friends with former U.S. president George W Bush, said Linn told him he'd been going at 49 mph in a 25 mph zone but only cited him for 34 mph.

Ostrofsky initially pleaded not guilty to speeding 5 to 9 mph over the limit, which would have been punished with a $70 fine and one point on his license.

Instead he asked to pay for Officer Linn's truth test for $9,930 more.

He also told the court that he had spoken to an attorney who had advised him to gather the 'six or so' other Ferrari owners in Aspen and explain to the judge how they feel 'targeted.'

Ostrofsky wasn't able to arrange this, but maintained he felt like a 'target' in his red sports car.

He maintained he doesn't breaks the law in his expensive vehicle: 'I don't speed in that car. No way,' Ostrofsky said in court.

'You specifically don't speed when you have that kind of car. You're very, very aware of this town and speeding,' he added.

In the end, the entrepreneur pleaded no contest so as to avoid further court proceedings in Colorado after his return to Texas.

He will have to pay $100 to the city of Aspen and take an online driving course.

Pryor emailed the Aspen Daily News to deny that his department profiles sports cars. 'Over the last five years the APD has stopped approximately 21,000 vehicles,' the police chief said.

'Of those stops, only 2,500 drivers, or around 12 percent, received tickets. That tells me that not only does the APD not 'target' sports cars, we don't target anyone,' Pryor continued.