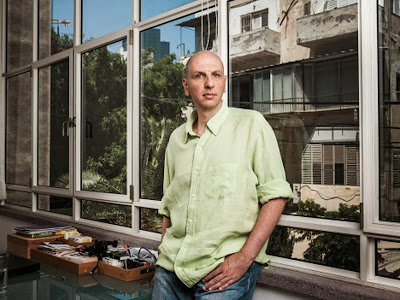 A prominent Greek paper has published a long apology to a Greek-Israeli businessman targeted by neo-Nazis and tarred with claims of financial impropriety, saying it “fell victim to incorrect information.”

The influential To Vima published a full-page apology Sunday to Sabby Mionis, a Greek Jew who currently resides in Israel.


In the piece, subtitled, “How an honest capital manager with an international reputation became implicated in the Lagarde list,” the paper apologized for falsely reporting that Mionis was on the contentious list, which names people under international suspicion for financial crimes.

The paper also supplied a reason for the incorrect charges against Mionis: “The fact that Mr. Mionis is a Greek Jew and an Israeli perhaps made him an ideal target for the media and for far-right politicians known for their anti-Semitic stances.”

The paper included a point-by-point refutation of the allegations it previously printed, followed by a glowing report of Mionis’s career and philanthropic endeavors.

Mionis has long said he is the scapegoat of anti-Semitic politicians and media for speaking against the Greek neo-Nazi party Golden Dawn and its former members in the country’s ruling party.

“The ‘Jewish conspiracy’ fantasy of the anti-Semitic Greek media and extreme right-wing politicians who are being whitewashed by joining mainstream parties was exposed. I feel vindicated that I fought these anti-Semites against all odds and I won at the end,” Mionis told The Times of Israel.

Mionis, 44, a successful financier and philanthropist, was named in a June 7 committee meeting by Golden Dawn parliament member and Holocaust denier Ilias Kasidiaris as “the Jew Mionis” who “refused to testify in the Committee of the Greek Parliament, because ‘Holocaust’ deniers are part of [the committee].”

After this incident in parliament — and with Greece reeling from the fatal stabbing of an anti-fascist rapper last Wednesday by a man who authorities say has identified himself as a Golden Dawn volunteer — the Jewish community has called for the Greek government to push forward a long-sought anti-racism bill, which would prosecute Holocaust denial and racist crimes.

“It is completely Kafka-esque,” said Mionis, who made aliya in 2006 and sits on the board of governors of the Jewish Agency. “A parliament member can deny the Holocaust and there’s no provision in the government to prosecute him.”

On Monday, five senior police officers were replaced after the government ordered urgent inquiries into alleged links between Golden Dawn and the country’s police and military.

The Public Order Ministry said the heads of the police’s special forces, internal security, organized crime, firearms and explosives, and rapid-response motorcycle divisions had been moved to other posts pending an investigation into weekend reports in the Greek media that police provided the party with assistance in alleged criminal activity.

The party is facing a criminal investigation over its alleged ties to last week’s murder of rapper Pavlos Fyssas. It denies any involvement.

The government is seeking the prosecution of members of the far-right party under the country’s anti-terrorism law, and is preparing a legislative amendment that would see Golden Dawn’s state campaign funding suspended if its lawmakers are accused of serious offences.

The government describes the party as neo-Nazi, and says it is behind a growing number of brutal street attacks against immigrants, most of them from Asia.

Monday’s action was taken to “to ensure the absolute objectivity” of the police inquiry, the government said. Two less senior officers were also replaced, while a third was suspended and regional police commanders of southern and central Greece resigned, citing personal reasons.

Separately, the Defense Ministry on Sunday ordered its own inquiry into the news reports that Golden Dawn members were receiving informal training from reservist special forces officers in the Greek military.
Nikos Michaloliakos, the Golden Dawn leader, described the claims of paramilitary training and the government allegations linking his party to Fyssas’ murder as “monstrous lies.”

“We are under an all-out and dirty attack from a system that is rotten,” he said on a live webcast streamed on the party’s Internet site.

“I am supposed to prove that I am not a criminal, not the mafia. But my question is: Is there any bigger criminal gang than those in power, who led the country to bankruptcy and handed over our national sovereignty?”

Golden Dawn, whose leaders in the past have expressed admiration for Nazi leader Adolf Hitler and use racist rhetoric against non-European immigrants, has seen a surge in support over the past two years as the country struggled through harsh economic crisis.

Its popularity in opinion polls has risen further since the election in June 2012 — alarming mainstream political parties faced with municipal and European Parliament elections next year.

But a survey published Monday in the conservative Eleftheros Typos newspaper found a sharp dip in support for Golden Dawn over the past week, from 8.3 to 5.8 percent, with other parties broadly unchanged.
Posted by joe levin at 7:12 AM