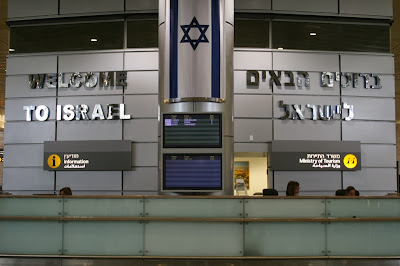 Does the Law of Return trump international law? This question will have to be ruled on by the High Court of Justice, following an attempt by an ultra-Orthodox Jew from England, who was charged with sexual abuse of children, to find asylum in Israel.


The man has been detained already for over a half year. In a rare instance, the Interior Ministry decided not to grant him standing under the Law of Return, due to the heavy suspicions against him in the UK.
Now the issue comes before the High Court, which is expected to rule soon, in an unusual case – is it possible to grant standing under the Law of Return to a Jew accused of pedophilia who has fled his home country in order to escape prosecution?

An indictment was filed gainst T., 48, for indecent assault on a minor. After charges were announced, T. fled to Israel together with his family. But when he landed, he was arrested for using a fake passport.

The Immigration Authority refused to grant him standing under the Law of Return due to the charges against him in the UK, and even sought to deport him back to his homeland.

In response, T. filed an appeal with the High Court via Attorney Amit Hadad from the law firm of Attorney Jacob Weinroth.

Lawyers have requested to back the position of the interior minister, and not grant T. Israeli citizenship.

“The danger to public safety is seen not only from the crimes, but also from his fleeing from England,” said the State Prosecutor’s Office representative, Attorney Reuven Adleman