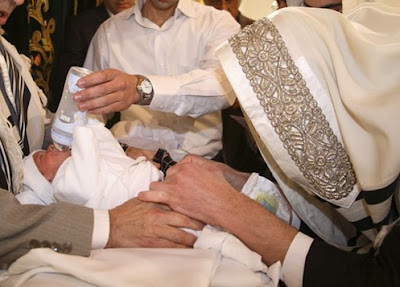 A couple of weeks ago, New York City Councilman David G. Greenfield introduced a bill that would bar the New York City Department of Health and Mental Hygiene from requiring informed consent for metzitzah b'peh.

Metzitzah is a practice where a ritual circumciser, or mohel, sucks out blood from a baby’s penis after circumcision, in accordance with an ancient tradition followed by Hasidic groups as well as some other Orthodox communities.

The N.Y. health department has linked several infant deaths to MBP. In response, the City passed a measure requiring the infant’s parent or guardian to sign a document informing them that the Department of Health recommends against performing this act because of the risks associated with the practice.

Documented risks include the transmission of the herpes simplex virus and other infections.

Even though New York City is not trying to ban this practice but to merely inform parents of its potential health risks, several prominent Jewish organizations, including Agudath Israel of America, sued the city, arguing that a consent form infringes on their freedom of religion, unconstitutionally compels speech, and violates Jewish law. (In January a federal judge denied a request for a preliminary injunction against the regulation. The case is currently pending before the Second Circuit as of a brief filed in April.) Echoing a similar sentiment, Councilman Greenfield introduced his legislation to prevent informed consent at a September 12 City Council meeting.

But rather than oppose the consent process, the Hasidic community should champion informed consent – and do so from an authentically Jewish perspective.

That is because Judaism places great value in the knowledge and awareness of potential medical health risks.

Under Jewish law, a doctor cannot forcibly heal a patient; s/he must inform the patient (or their legal guardian) of the risks of medical treatment (Igros Moshe, Choshen Mishpat II:73e). While a formal consent form is unnecessary in Jewish law, it is the accepted modern-day method of informing patients about a procedure, the options, and the risks so that the patient can make an educated decision.

Informed consent in the medical context is particularly relevant and appropriate in the case of metzitzah because the Talmud views it as a procedure to protect the health of a child through what was once believed to be a hygienic medical practice (Tractate Shabbos 133B). Medieval Torah scholar and physician Maimonides reiterates that the reason for the suction is medical in nature: “so the child does not come in danger.” (Mishneh Torah, Hilchot Milah 2:2).

Today the mainstream medical community recommends safe antiseptic and antibiotic techniques to assist the healing process and stop the bleeding. The ancient method of suction has been jettisoned and medical professionals strongly recommend against allowing saliva to come in contact with the wound.

Modern Orthodox Jews have by and large abandoned direct metzitzah b'peh as a largely outdated medical procedure. The Rabbinical Council of America, the main union of modern Orthodox rabbis, advocates for methods that don’t involve direct oral suctioning; rather they initiate indirect suction using a sterile tube or sponge to avoid any contact between the mohel's mouth and the open wound, thereby eliminating the risk of infection.

However, many Hasidic Jews believe that this practice was not simply ancient medicine. The 17th century Kabbalist Rabbi Avraham Azulei relates the procedure to the sin of Adam in the Garden of Eden.

The mouth that ate the fruit in the garden brought sin into the world and therefore must be used to perfect the human body during the circumcision. To accomplish this, Azulei says that the mouth must come in direct contact with the wound.

Because of this and other mystical reasons, some Hasidic Jews consider direct contact to be required under Jewish law.

Regardless of the mystical significance of this practice, considering what is now known about germs and viruses, under Jewish law, parents should be informed of the potential health risks such a practice poses to an infant.

Even though some in the Orthodox Jewish community argue that it is inconclusive that babies died from herpes transmitted through this ritual, it is still prudent to be aware of the medical advice of the American Academy of Pediatrics, the Center for Disease Control, NY DOHMH and others that warn of the risks.

No harm could ever come from additional medical knowledge.

There is nothing to fear here, and the Hasidic community should welcome this information and make their choices accordingly.

Metzitzah is not the only area where some Hasidic groups are not taking advantage of modern medical information. Recently there have been several outbreaks of generally controlled diseases such as measles and mumps, afflicting unvaccinated children in these communities. The reluctance to be informed on the advances of modern medicine may also be reflected in the opposition to informed consent with metzitzah.

Perhaps the New York City consent form will help insular Hasidic communities embrace medical knowledge by understanding the health risks of practices like metzitzah b'peh, and the health risks of not vaccinating children, so they can make better educated decisions for the health and welfare of their families.

Rabbi Eliyahu Fink is the rabbi at the Pacific Jewish Center in Venice, CA. Eliyahu Federman writes on religion and culture at the Huffington Post, USA Today, The Forward, and elsewhere.
Posted by joe levin at 5:17 AM