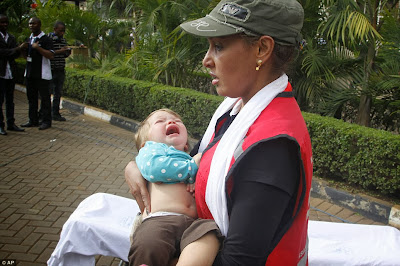 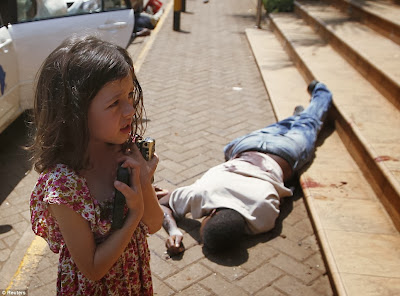 Israeli forces on Sunday have joined Kenyan efforts to end a deadly siege by Somali terrorists at a Nairobi shopping mall, according to an unconfirmed report by AFP.

"The Israelis have just entered and they are rescuing the hostages and the injured," a Kenyan security source told AFP on condition he not be named.

At least ten terrorists are reported to still be in the mall, armed with Kalashnikovs and hand grenades.

They announced Saturday that they would not negotiate with the government of Kenya. Security forces continue to surround the mall, and it seems that local forces were able to surround the terrorists in a closed area of the exclusive shopping center.

Saturday's attack on the Westgate shopping center by the al Shabaab group, which opposes Kenya's participation in a peacekeeping mission in neighboring Somalia, killed at least 59 people and wounded 200 others. An unknown number of people were still being held hostage.

A volley of gunfire lasting about 30 seconds interrupted a stalemate of several hours, a Reuters witness said, speaking from close to the shopping center that has several Israeli-owned outlets and which is frequented by expatriates and Kenyans.

Foreigners, including two diplomats - one from Canada and another from Ghana - were killed in the attack.