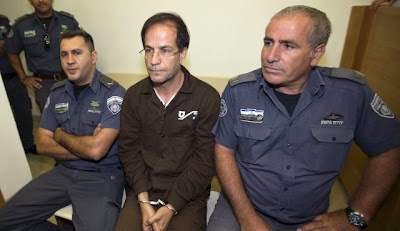 The Petah Tikva Magistrate's Court extended the remand of Ali Mansouri, who is being charged with being an Iranian spy.

The police said that Mansouri hadn't divulged all the information concerning his activities in Israel and asked that his remand be extended.

Mansouri was arrested by the Shin Bet two and a half weeks ago, when he tried to leave Israel.

The police announced the arrest on Sunday. When asked about the decision to lift the gag order on the case, the police representative said that the decision came down from a high-ranking police officer and wasn't made by the investigation team itself.

He also said that Mansouri was interrogated a number of times and gave an account of his activities in Israel.

Israeli security officials suspect that Mansouri, who traveled under the guise of a Belgian businessman Alex Mans, was conducting business dealings as a cover for intelligence gathering and terrorism.

They said Iran was also trying to use him to bypass the embargo on trade and financial transactions with Iran.

During his trips to Israel – the one this month was his third since last year – Mansouri tried to make contact with Tel Aviv business people, presenting himself as a Belgian businessman who sells windows and roofing for stores and restaurants. Several websites and a Facebook page had been created to make him seem legitimate.