Any way the wind blows: Adrienne Bailon donned this extraordinary outfit for the Escape to Total Rewards event at Gotham Hall in New York 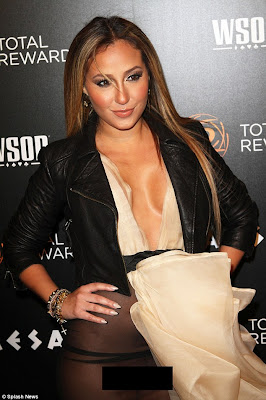 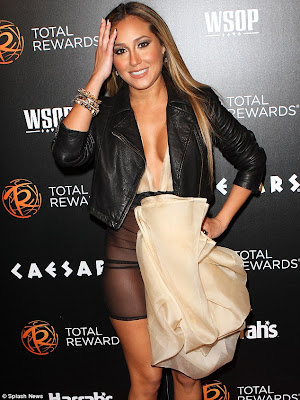 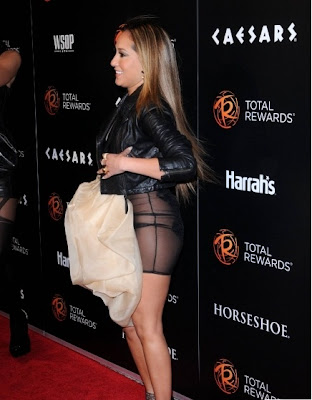 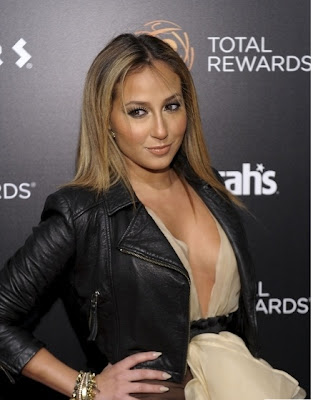 Adrienne Bailon, a former member of the Disney franchise The Cheetah Girls,did a full-frontal-flash after arriving to an NYC event in a sheer dress without underwear.

Bailon, 28 year-old former ex-girlfriend of reality star Rob Kardashian, exposed both her private parts and much of her derriere in a barely-there frock to the Escape to Total Rewards event.

A strategically placed piece of poufy, beige fabric blew in the breeze, giving gawkers an X-rated view of the singer’s pubic area.

The pop starlet was reportedly “red-faced” when she realized she’d shown more than she meant to, according to the Daily Mail.

Bailon may be trying to shed a good girl image with some truly bad clothing choices.

She rose to fame in 2000, after being discovered by pop star Ricky Martin, who gave her a spot in the girl group 3LW.

In 2002, she scored a lead role in the Disney Channel Original movie “The Cheetah Girls,” about a group of musical friends at a performing arts high school.

In 2008, The Cheetah Girls, were scratched from the Macy'sThanksgiving Day Parade after seminude photos of Bailon surfaced on the Internet.
Posted by joe levin at 1:28 PM