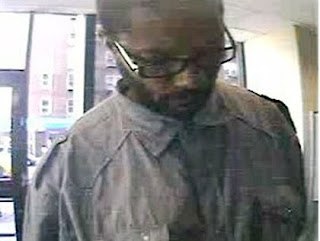 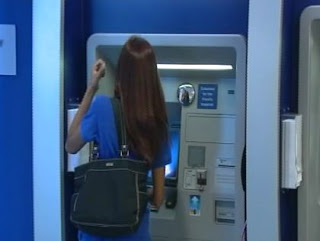 NEW YORK (CBS 2) — In the city that never sleeps, detectives were investigating a pair of robberies at ATMs in busy locations in broad daylight, CBS 2HD’s Jay Dow reports.

“It kind of worries me that you can get robbed at the ATM machine. There’s cameras right there,” said Manuela Middleton of the Bronx.

Police said first robbery took place earlier in September, during the early afternoon at a Citibank location in Columbus Circle, then again, a week later, at a Chase ATM on West 23rd Street at mid-morning.

Detectives said in both cases, a woman was approached from behind by this same man, whose image was captured on the atm’s security camera.

The suspect allegedly pointed what he claimed was a gun and demanded cash.

The women CBS 2HD spoke with said they were aware of standard operating procedure for ATM safety. “Be aware of your surroundings. Make sure all of your personal belongings are close to you,” said Jennifer May of Brooklyn.

Nevertheless, one customer said what’s important was escaping this kind of encounter safely. “I wouldn’t blame myself at all for doing the same thing she did, and not feeling guilty about it, because I would never put myself at risk like that. You want it? Take it,” said Laura Conahan of Queens.
Posted by joe levin at 6:25 AM