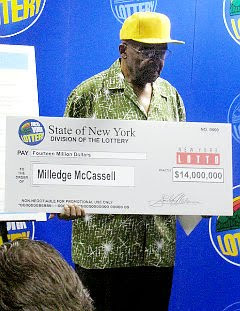 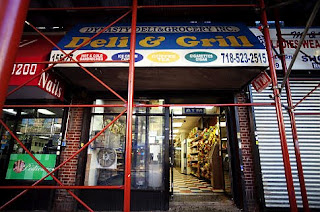 The deli clerk who tried to swindle a grandfather out of a $14 million lottery ticket was the shopowner's son - and he claims it was all a mistake, a source familiar with the case said Saturday.

Milledge McCassell, 72, handed his ticket to the clerk Aug. 25 after a self-scan machine at the Dynasty Deli and Grocery in Jamaica told him he was the "Big Winner."

But Al Saidi allegedly told the retired transit worker that the ticket wasn't what he thought and gave him "a few dollars," lottery officials said.

"You didn't give me the big-winner ticket," the teen told the retiree.

Al Saidi's brother, 16-year-old Hashi, claimed yesterday that his brother wasn't trying to rip off anyone and insisted the whole thing "was a mistake."

"He was tired and threw out the ticket by accident," the teenager said, recounting what his brother told him.

"The guy came back and they looked for the ticket in the trash and couldn't find it," he said. "Then, the cops came and they found it."

He said his brother had been working full-time at Dynasty until he was fired two days ago over the missing lottery ticket.

That differs from the story McCassell and investigators are telling. McCassell says he went back three times and was turned away by Al Saidi and his brother Abdullah Al Saidi, 33, who claimed they "couldn't find it in the garbage," the source said.

Investigators went to the store to question the clerks and review electronic information. When the data cast doubt on Al Saidi's story, the ticket suddenly reappeared, lottery officials said.

McCassell finally got his big $8.7 million lump-sum payout on Friday - nearly a month after winning.

Queens prosecutors were investigating. No charges had been filed as of yesterday afternoon.

The deli has been banned from Lottery sales, and a source said state police were building a case to get Salem Al Saidi indicted
Posted by joe levin at 8:16 AM