Suicide eyed in Nicaraguan diplomat's demise; cops say recent HIV diagnosis may have been cause 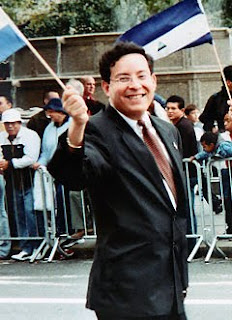 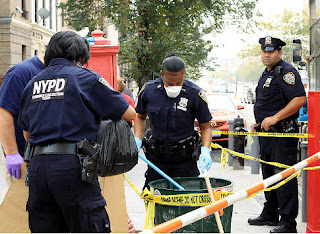 A Nicaraguan diplomat found dead in his blood-spattered Bronx apartment may have killed himself after learning he was HIV positive, police sources told the Daily News.

The knife wounds to the neck and stomach of Consul Cesar Mercado included a number of pinprick-size punctures. One investigator described them as "hesitation wounds - where you're trying to see how painful it is."

Blood splashed across the Grand Concourse apartment was possibly spilled as the injured Mercado staggered around before inflicting the final, fatal wounds, the investigator said.

The investigator added, "He was really feeling down and out for the last week."

Complicating the investigation were human hairs found in Mercado's hands. Police Commissioner Raymond Kelly said 10 were in his right hand and five in his left.

A police source said the clutched hair could indicate a struggle. Investigators ordered a rush on the analysis of the hair and bloody fingerprints found at the crime scene.

They're also examining his BlackBerry for clues.

A preliminary autopsy was inconclusive.

Friends of Mercado refused to believe the well-liked 34-year-old diplomat took his own life.

"It was an animal, whoever did this," said Mercado's friend Amparo Amador. "He didn't kill himself. It's a real tragedy."

"His mother and sister are stunned," said Amador. "They can't believe this has happened."

Police said Mercado's driver came to pick the diplomat up Thursday morning to take him to the UN General Assembly. The driver waited for a few minutes and then went upstairs and found Mercado dead just behind the apartment door about 10:30 a.m.

Two knives were found in the bathroom sink. In addition to the punctures to his neck, Mercado had 12 knife wounds to the abdomen. The victim was fully clothed, except for his shoes.

There was no evidence of robbery or forced entry. The door was closed but unlocked
Posted by joe levin at 8:38 PM