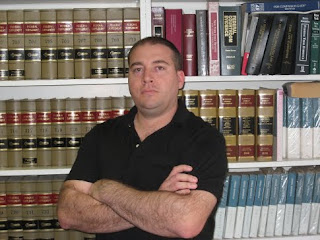 The feds want to talk to the whistle-blowing Brooklyn cop who says NYPD brass tossed him into a psych ward after he accused supervisors of cooking the books on crime stats.

The civil rights division of the U.S. attorney's office in Brooklyn has requested an interview with Officer Adrian Schoolcraft, the Daily News has learned.

Sources said the cop has not decided if he'll meet with the feds.

Schoolcraft accused commanders at the 81st Precinct of badgering or ignoring residents who try to file crime reports and classifying felonies as misdemeanors. The precinct's commanding officer, Deputy Inspector Steven Mauriello, was transferred to the Bronx transit unit in July. Cops say the transfer had nothing to do with Schoolcraft's claims.

Schoolcraft is suing the NYPD and Jamaica Hospital for $50 million.

A federal probe into the integrity of the city's crime stats could spell big trouble for Mayor Bloomberg and Police Commissioner Raymond Kelly.

Both constantly tout the city's low crime rate, which is based on data the NYPD gives the FBI.

"It's not impossible that what the U.S. attorney is looking at is some possibility that this particular precinct has become a law unto itself," Giller said

The NYPD did not respond to a request to interview Kelly, and the mayor's office had no comment.
Posted by joe levin at 11:32 AM