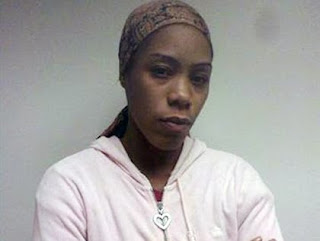 The FDNY said Wednesday that 30-year-old Kristen Nixon was charged with arson, reckless endangerment and four counts of first-degree assault. The name of her attorney was not immediately available.

Authorities said Nixon was a squatter in the building. They said she set the fire last week as revenge after a dispute with two other residents.

A flammable liquid was poured in a basement hallway, outside a bedroom where the victims were staying.

Authorities said the two-story building had been illegally subdivided.

If convicted, Nixon could face up to 25 years in prison.
Posted by joe levin at 2:24 PM