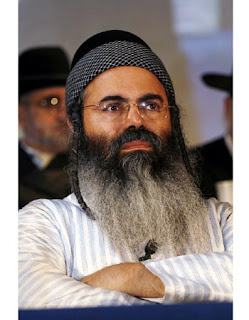 The conflict within haredi society between over whether or not to allow concerts before mixed-gender audiences has reached new heights. On Monday, the police arrested Shlomo Saklersky, a 40-year-old resident of Bnei Brak, on suspicions of extortion.

Saklersky is suspected of having shown nude pictures of the attorney associated with Rabbi Amnon Yitzhak in order to coerce him to withdraw his opposition to concerts before concerts with both men and women in attendance.

Saklersky allegedly sent the lawyer nude pictures of him and threatened to spread them should he not capitulate to his demand to cease pressuring haredi artists not to perform for mixed audiences. Saklersky denied the allegations, but admitted to speaking with a third suspect in the affair who was also arrested on Monday.

Saklersky has an existing criminal record that includes violent offenses. He said during his investigation that he was merely trying to mediate between the two sides because of his previous acquaintance with Rabbi Yitzhak.

Though the lawyer only recently filed a complaint with the police, the alleged incident occurred a number of weeks ago.

The investigation material reveals that Saklersky arrived at the offices of the Shofar organization headed by Rabbi Yitzhak where he presented the compromising photographs while noting that the rabbi is associated with people who are not mindful of modesty standards.

The organization's clerk tore up the pictures. The police are in possession of a number of transcripts from telephone conversations that allegedly corroborate suspicions against Saklersky.

Attorney Yossi Freidman from the Public Defender's Office explained in a hearing held on Monday in court, "He has no interest in influencing or extorting any one of the sides to the conflict. He tried to do some mediation work and when he saw that the matter went wrong said, 'Leave me alone.'

The judge who presided over hearing on the extension of Saklersky's remand explained that some of the evidence supports the suspect's version of the events
Posted by joe levin at 9:29 PM