Sandra Bernhard: Arnold Schwarzenegger once hit on me 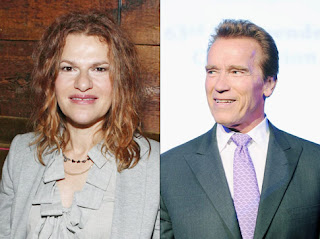 While the world was recently rocked by news of Arnold Schwarzenegger fathering a love child with his housekeeper, comedienne Sandra Bernhard wasn't surprised.

This is because, as she claims, the former California governor once made a pass at her.

Before his Hollywood career and political run, during a time when he was only known as the reigning Mr. Olympia, Schwarzenegger approached Bernhard along Venice Beach, she claims.

"In the '70s when I moved to LA I was on the beach by Gold's Gym," Bernhard told PopEater. "I was young, skinny as a stick, staring at the ocean, dreaming of the future, and Arnold came up to me and he was hitting on me."

"I don't date Germans so nothing happened," she added.

Despite constant allegations of Schwarzenegger's wandering eye, Shriver stayed by her man – until recently.

On May 17, the "Terminator" star admitted he fathered a love child with a household staffer and said he was "truly sorry."

Buxom baby mama Mildred Baena, the family's housekeeper for 20 years, has been in hiding with the boy she delivered just one week after Shriver gave birth to her youngest son Christopher in 1997.

And like many people, Bernhard wonders why Shriver never noticed what was going on right under her nose.

"I love Maria Shriver," she said. "All these years it's been, what is she thinking? It's the Kennedy tragedy. Just to keep it going."
Posted by joe levin at 3:11 PM